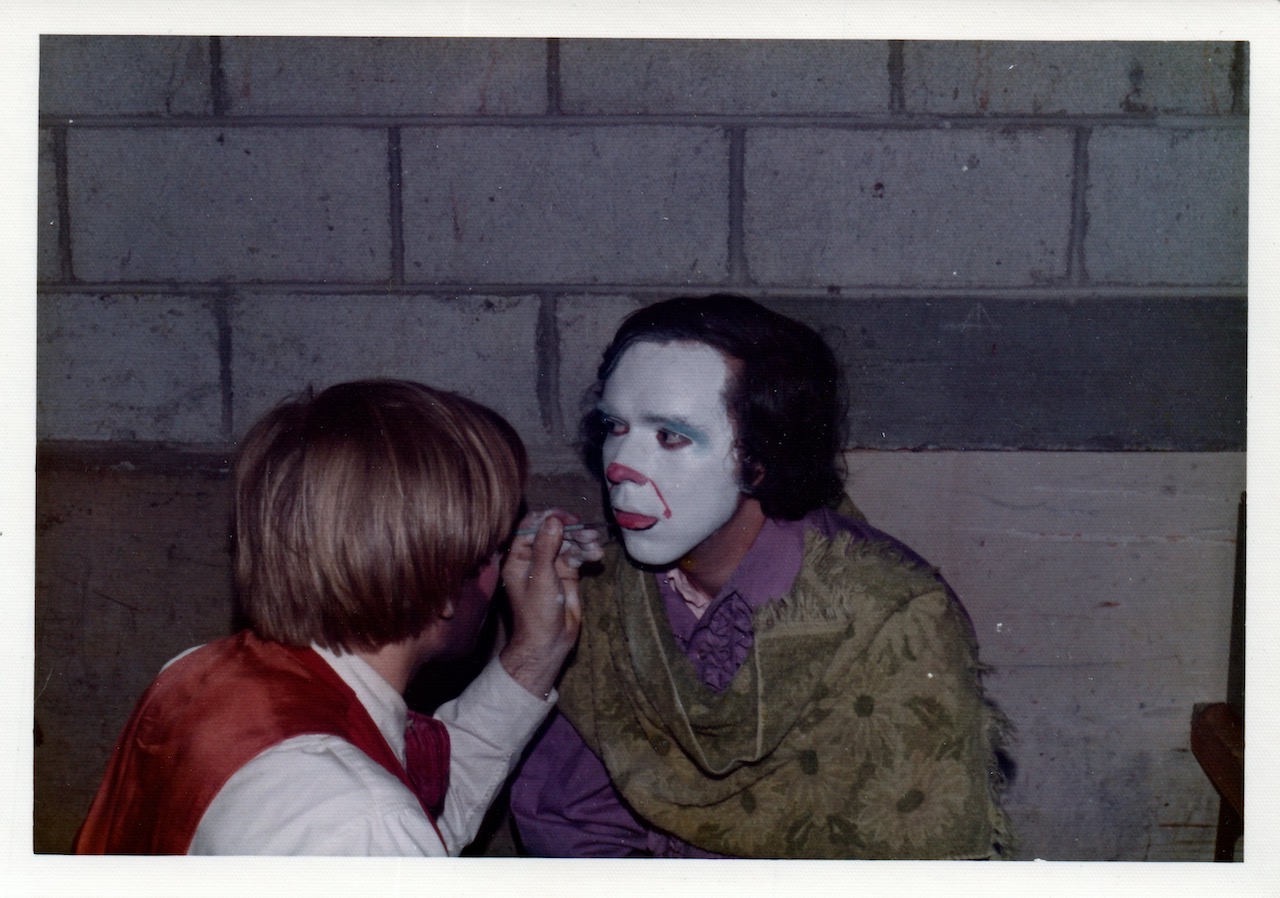 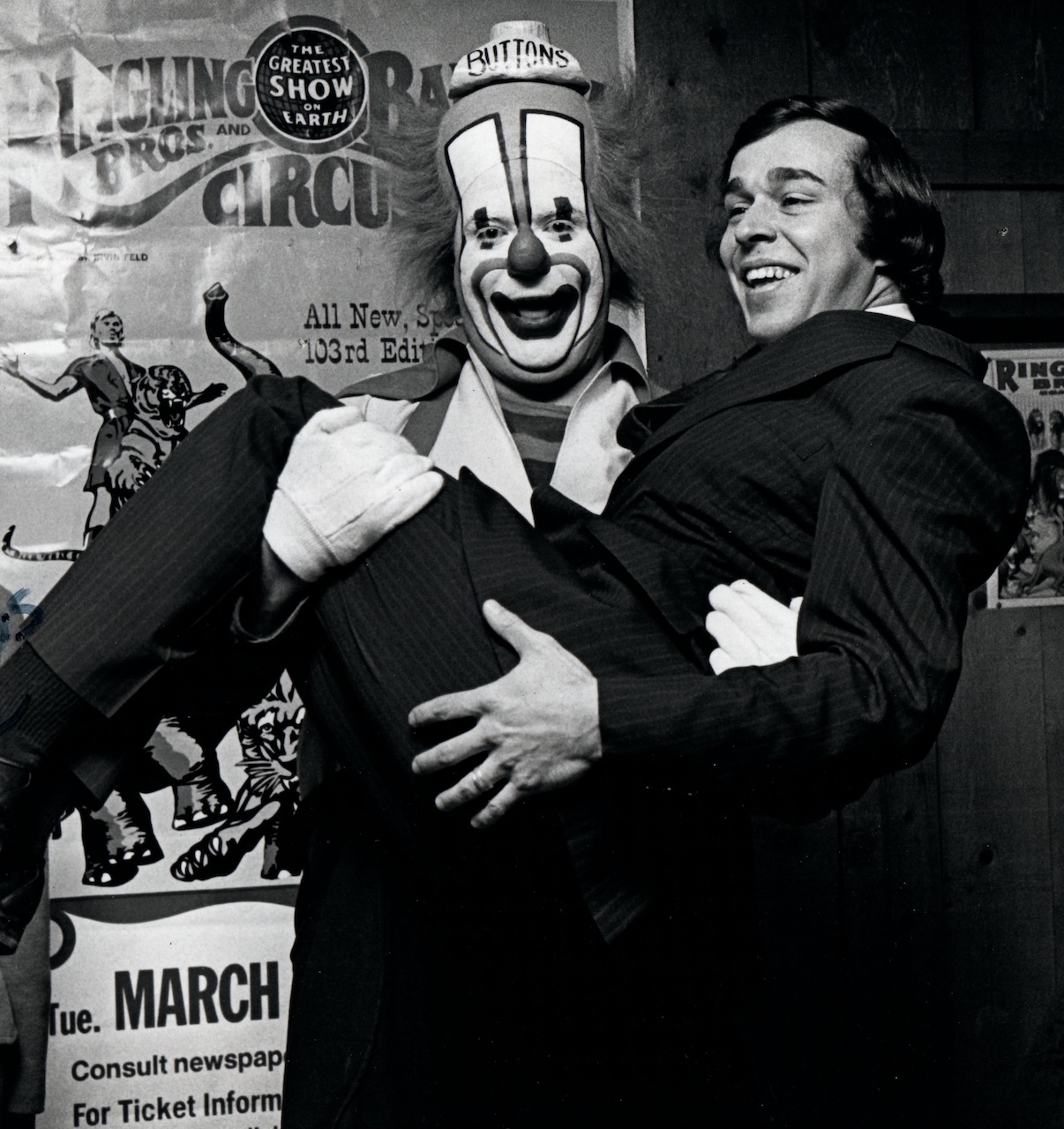 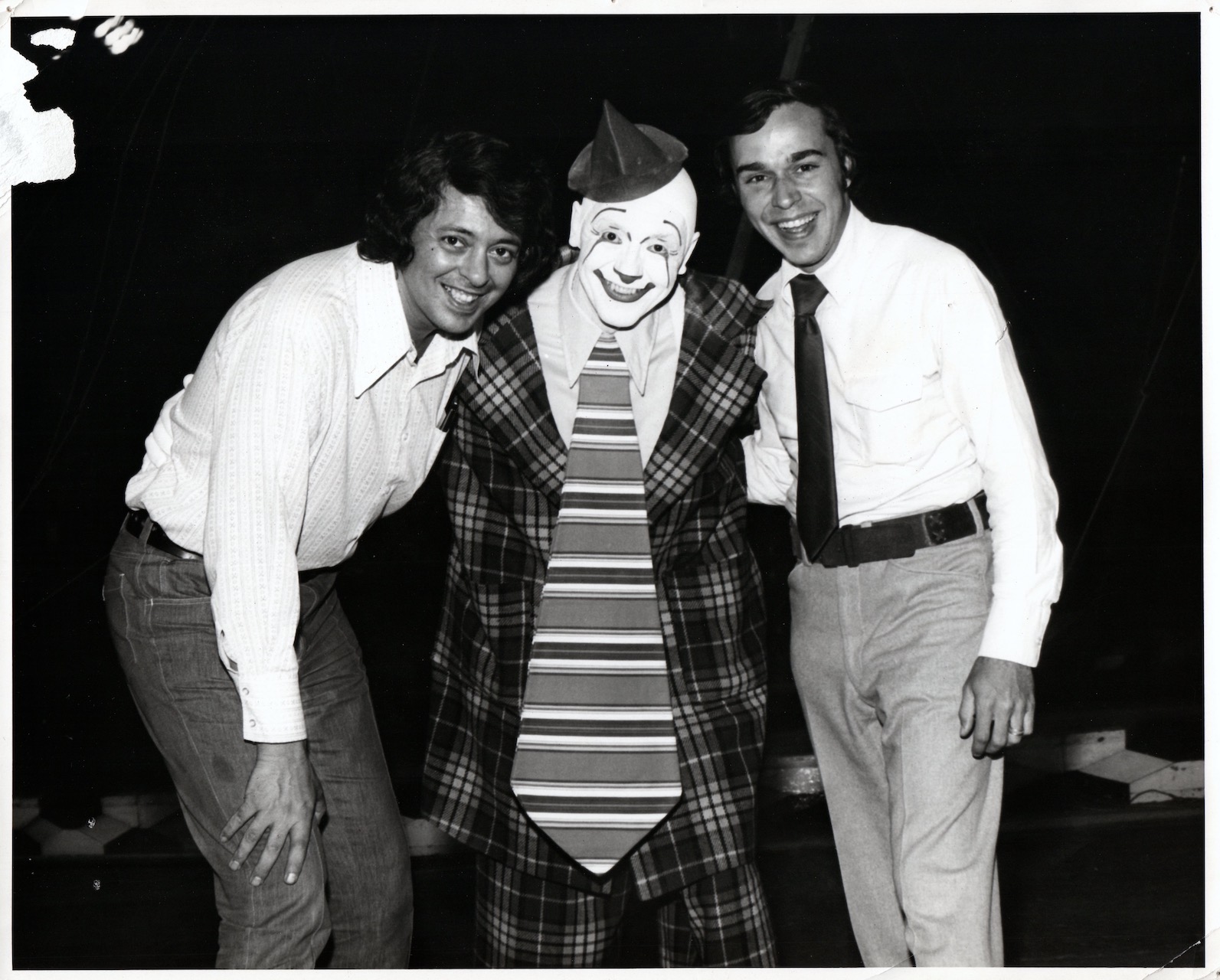 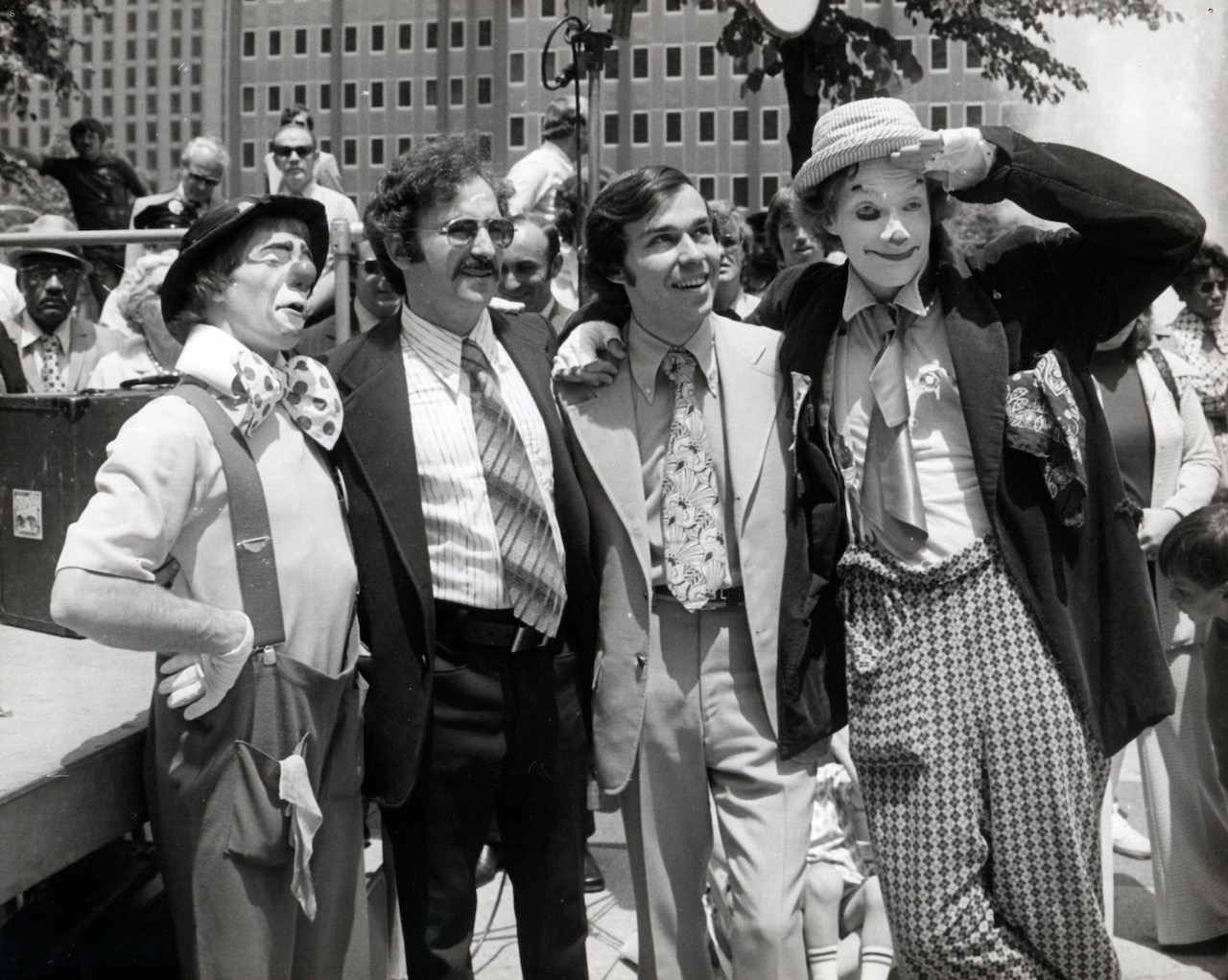 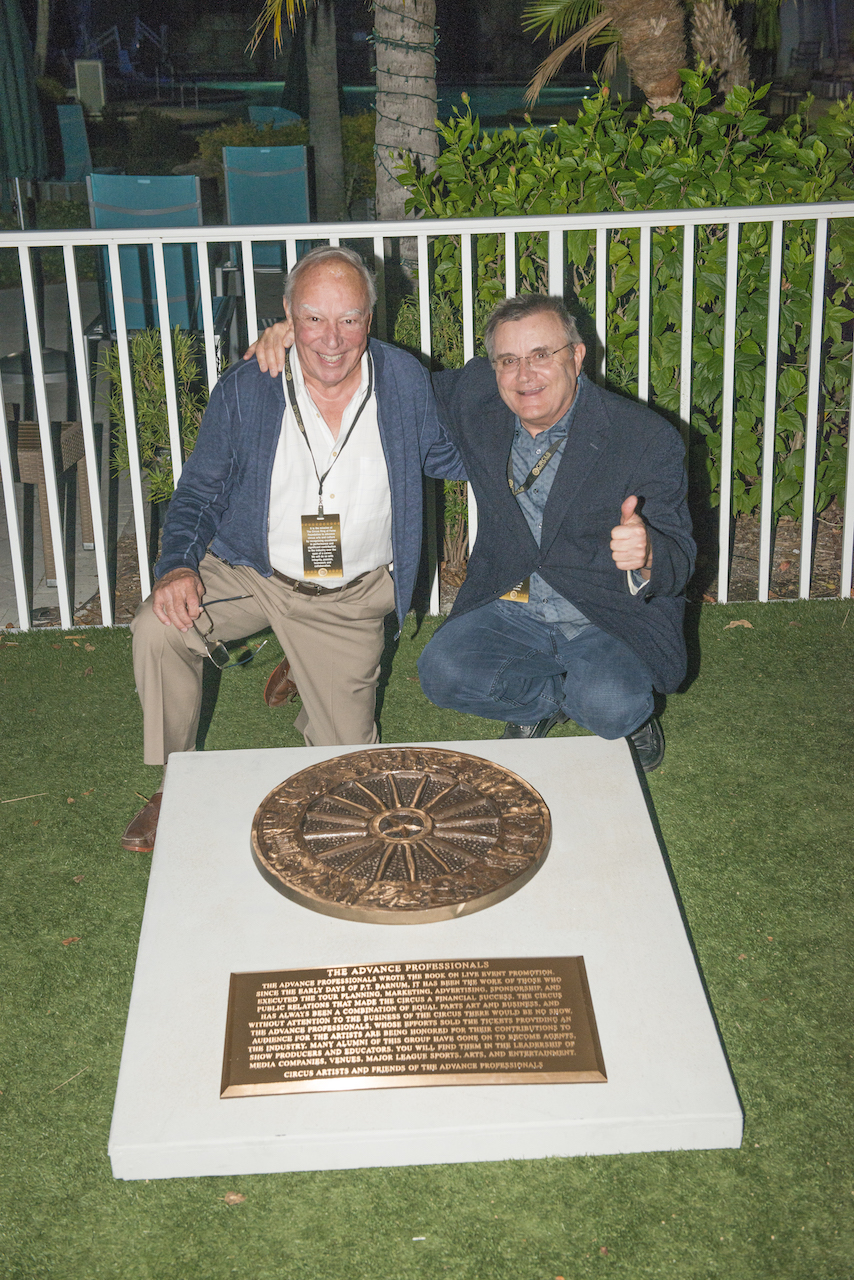 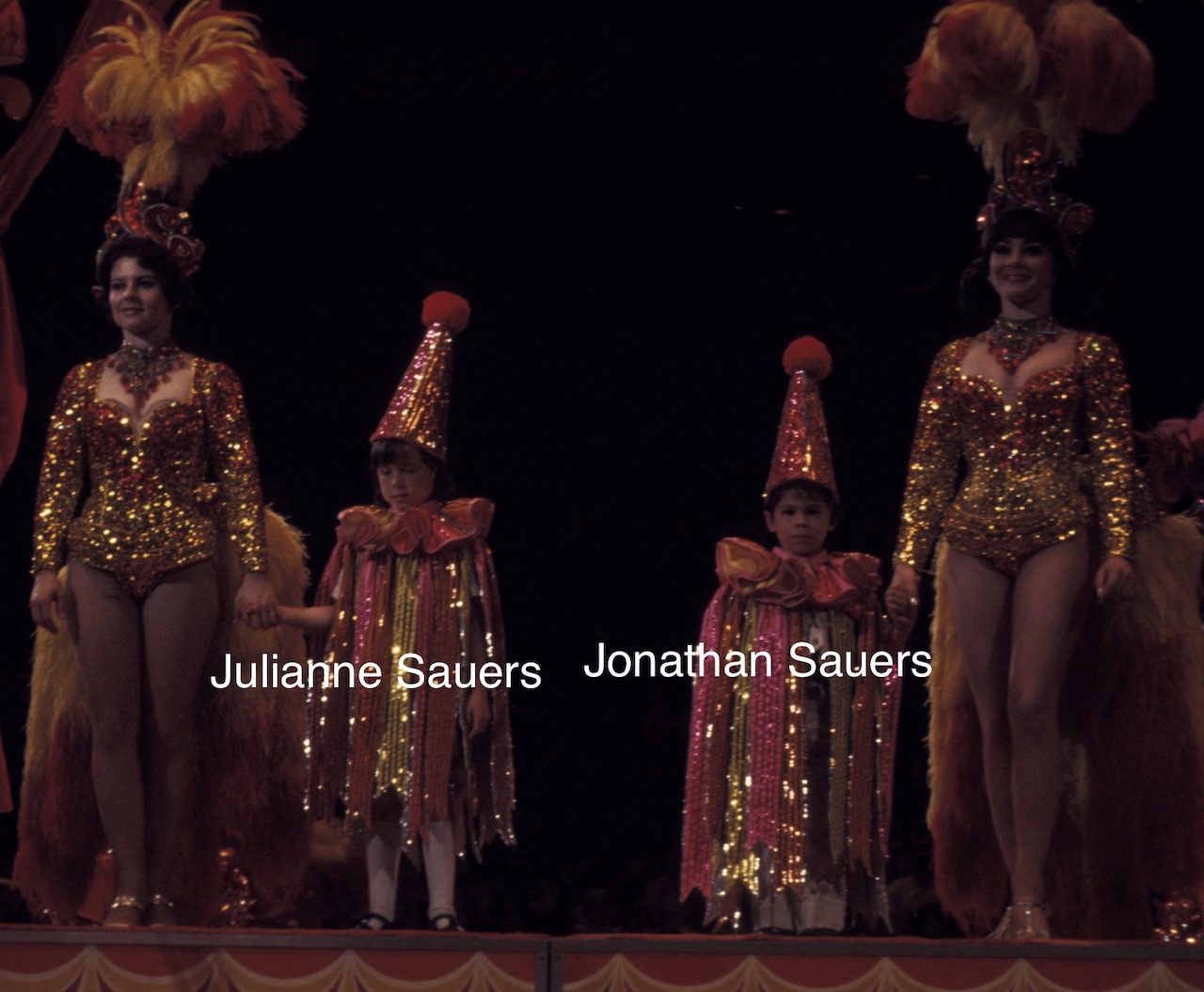 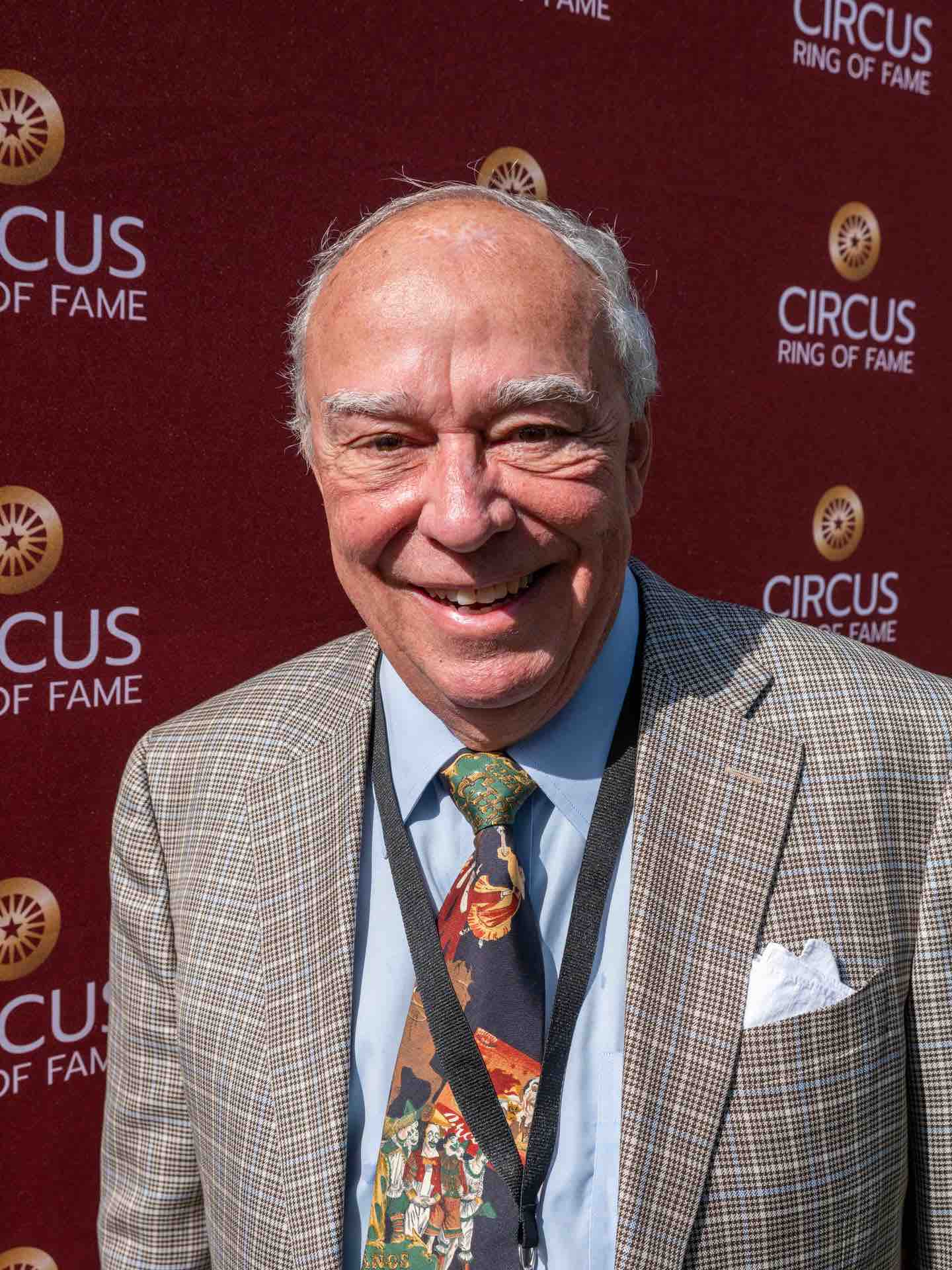 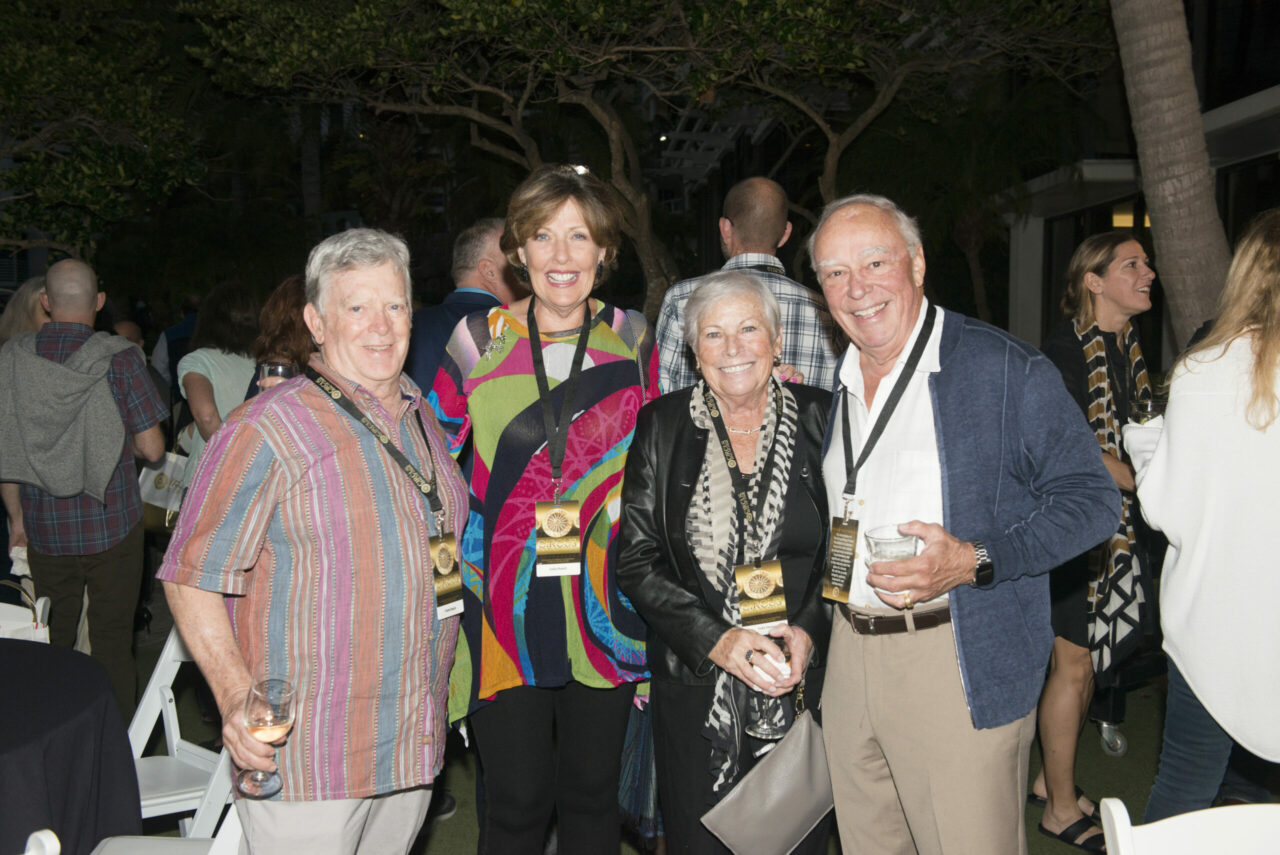 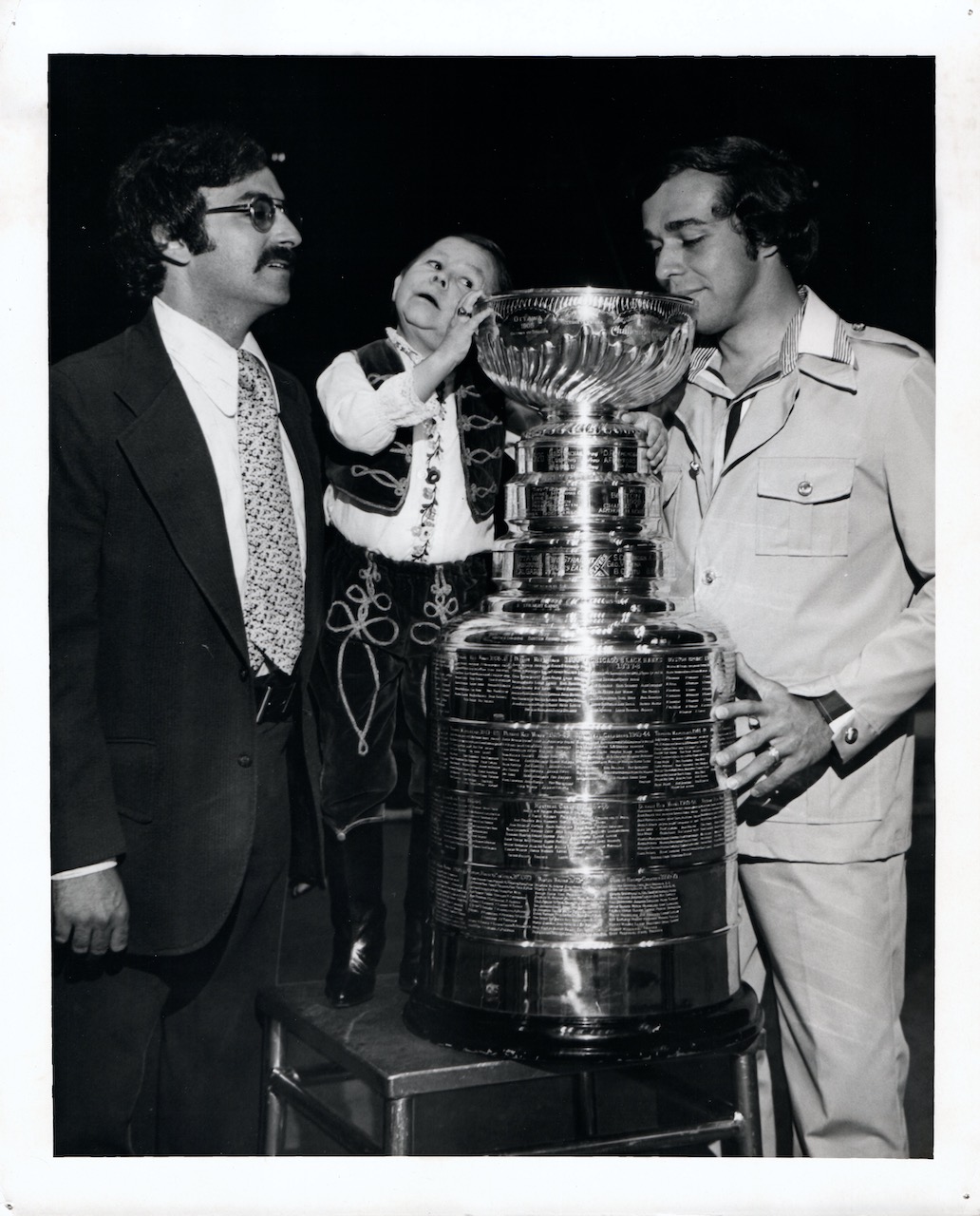 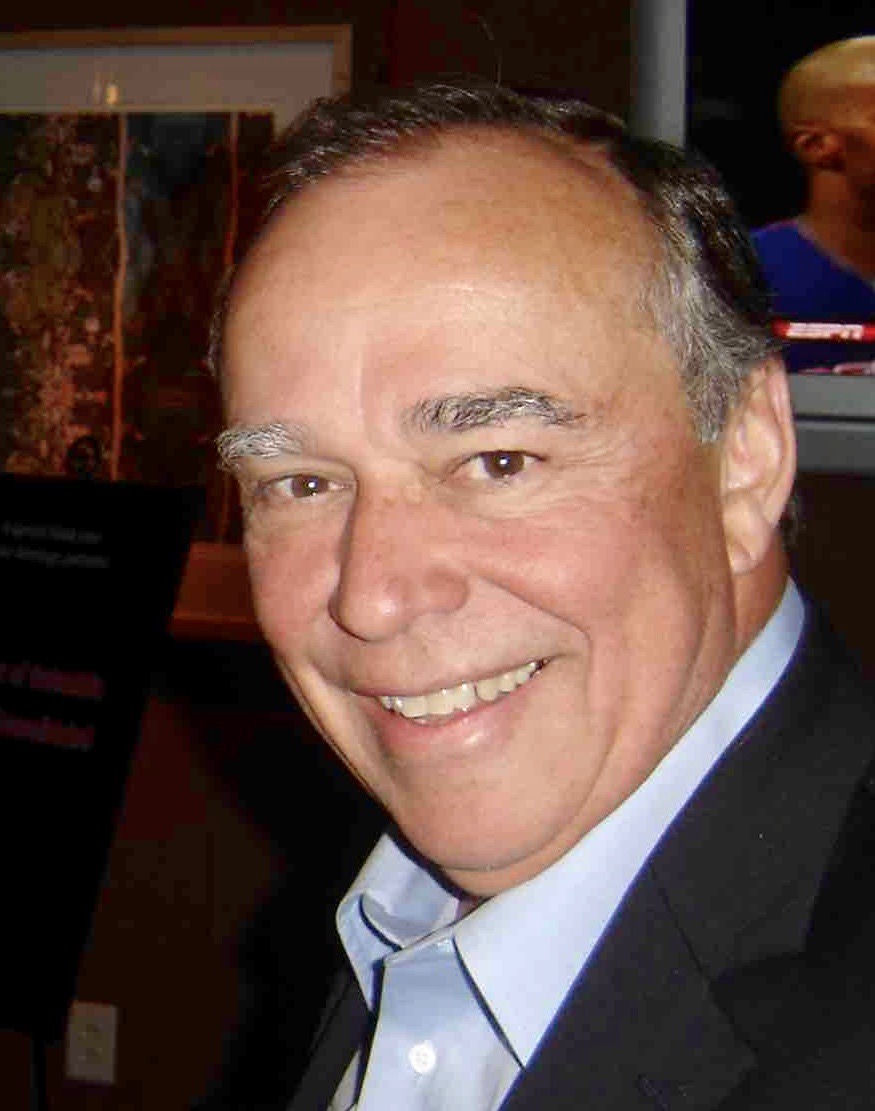 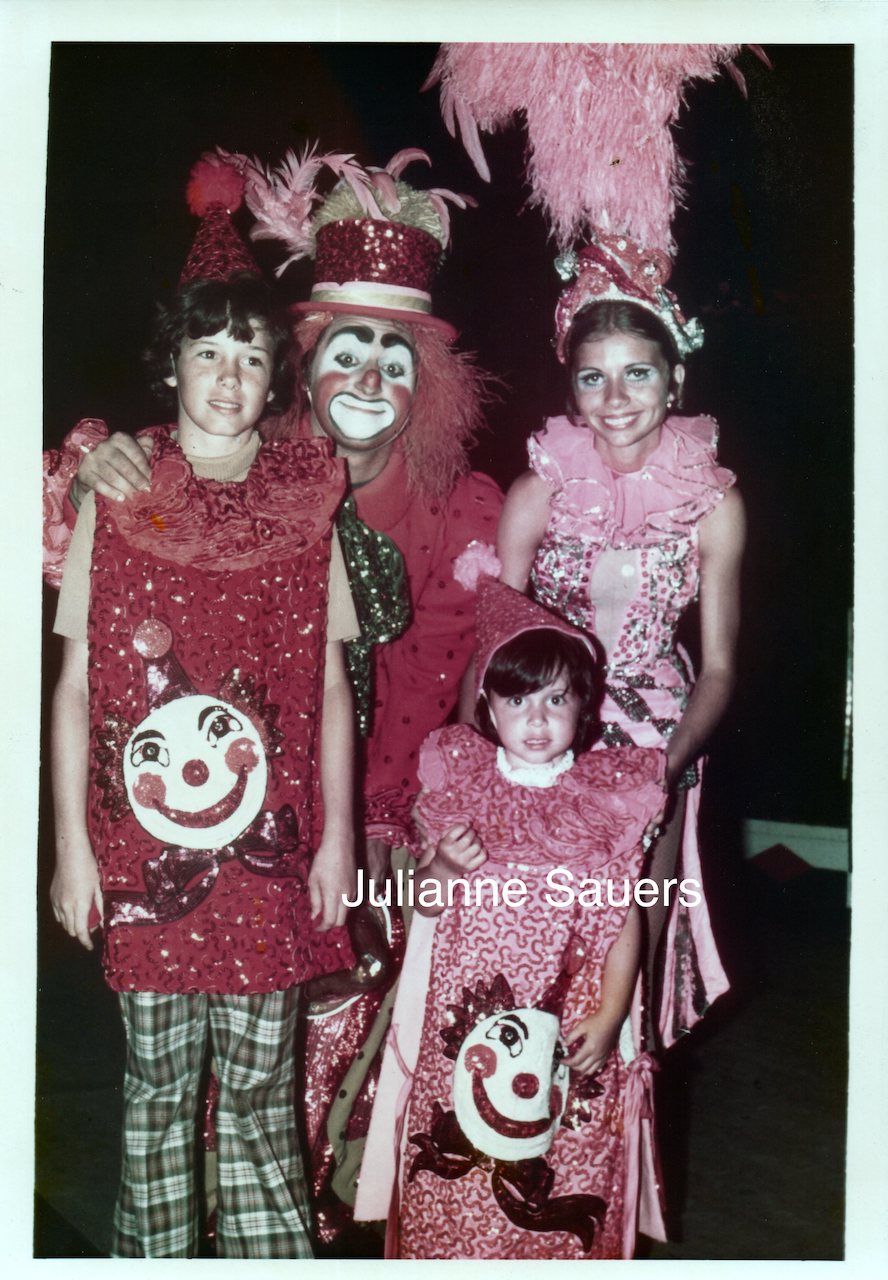 This is the biography of Michel F. Sauers, a member of the Advance Professionals.

As Account Executive for the Agency, Mich was responsible for the Philadelphia engagement of the Greatest Show on Earth. He also provided marketing leadership for the Washington, DC engagement that competed with the newly created Circus America for market dominance. RBBB was the definite winner.

Sauers was responsible for coordinating the first gathering of Regional Marketing Directors in San Juan, Puerto Rico. The conference saw the introduction of the definitive and comprehensive 13-week, two-part guide to marketing the Circus. This marketing manual was shared over the next decade and became the authoritative source for promoting live entertainment worldwide. In a real sense Mich Sauers “wrote the book” for promoting live entertainment.

After his advertising agency experience, from 1974 to 1979, Sauers was director of marketing and productions for the legendary Spectrum in Philadelphia. He oversaw the venue’s group sales, advertising, promotions and public relations, and also recruited, booked and settled events for the facility. Prior to joining the Spectrum, he was the General Manager for the Philadelphia Fever of the Major Indoor Soccer League (MISL) from 1979 to 1981.

Later Mich, was the Senior Vice President of Business Development for Comcast-Spectacor, and provided leadership, guidance, and management expertise in the public assembly venue industry for more than 30 years.

After 14 years with Comcast-Spectacor in Philadelphia, Mich Sauers launched his own firm – GFS Associates, based in St. Petersburg, Fla. In 2015

From 2006 – 2014, Sauers, as Senior VP of Business Development led Comcast-Spectacor’s efforts to expand the services and presence of its affiliated companies in countries throughout the world. Comcast-Spectacor, the Philadelphia, PA-based sports and entertainment firm, is the parent company of Global Spectrum, the Philadelphia Flyers of the National Hockey League, the Wells Fargo Center, Comcast SportsNet, Ovations Food Services, Front Row Marketing Services, and Paciolan Ticketing.

Sauers, founded Globe Facility Services in 1994 and sold his company to Comcast Spectacor in 2000 and continued asPresident and CEO of Global Spectrum, the new name for Globe Facilities Services.

His efforts on behalf of Global Spectrum’s venue management and allied services have resulted in a solid and growing presence for the company in the United States, Canada, Asia, Europe, the Middle East and South America.

In particular, he was responsible for negotiating the contract for the management of the Singapore SportsHub. (Football stadium, Arena, Aquatic Center, Retail, Parking, Museum etc…) Subsequently he provided oversight of the complex as a representative of Global Spectrum Pico an equity partner in the project. He played a leadership role in the design, development, and management of the Studio City Event Center in Macau, for Melco Crown Corporation. He prepared Financial pro forma’s and worked closely with Gensler Architect, providing the special requirements for an 18,000 seats arena in Shenyang China. For one of the worlds 10th largest Convention Center, the International Convention and Trade Center in Chongqing China he was the leadership for the team that consulted management for the design and operation of the complex which covers 200,000 square meters with 16 exhibition halls.

He developed plans and financial pro forma’s for proposed arenas in Lyon and in Paris, France. He negotiated the contract with Mabudala, the owners of the Zayed City Sports complex and subsequently led the team that managed the facilities in Abu Dhabi UAE. (Football stadium and Tennis Complex)

Sauers is an acknowledged and highly respected expert on the management of public assembly venues. Under hisguidance, Global Spectrum established a reputation as a responsive, professional, and experienced partner in the management of arenas, stadiums, convention centers, trade, and exposition centers. The company has grown to over1,100 full and part-time employees, which in 2014 showcased over 15,000 events and managed $589million in gross revenue at 143 facilities under its management.

Sauers, who entered the private facility management industry at its infancy, was one of the original corporate employees of SMI, (later renamed SMG) playing an important role in the firm’s development. From 1984 to 1994, he was senior vice president for sales and marketing, overseeing corporate sales and marketing activities, including business development and corporate positioning.

As SMG grew larger, Sauers launched several of the company’s new departments, including an FF&E Department and SMG Consulting, both separate profit centers. He also spearheaded SMG’s international ventures, serving as regionalvice president overseeing the Sheffield Arena in Sheffield, England, and the Oslo Spektrum in Oslo, Norway. He was responsible for the supervision of SMG Japan, an affiliated company providing facility management services in the Far East.

Giving back and community service:

He has received numerous awards, including the Legacy Award from the IAVM Foundation and the IAVM’s Prestigious Jospeh J Anzivino Award along with the Barnum Award for “He wrote the Book,” from Ringling Bros and Barnum & Bailey.

He currently serves on the Board of Directors for the Florida Orchestra, as Vice Chair for the Circus Ring of Fame Foundation and as Secretary for the Racquet Club of Saint Petersburg.

Mich and Judy reside in St Petersburg, enjoy traveling and spending time with their 5 grandchildren.