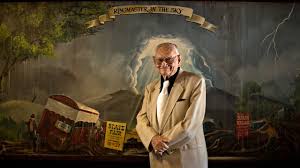 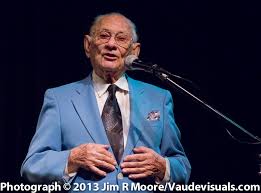 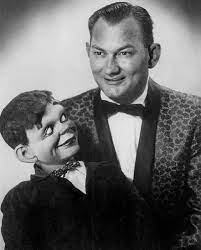 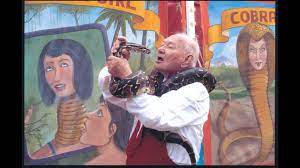 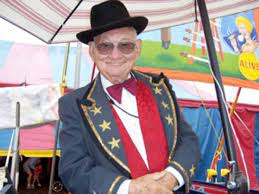 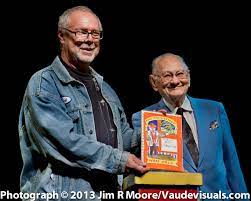 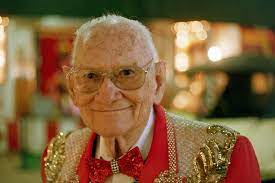 Excerpts taken from the New York Times tribute to the life of Ward Hall:

By Neil Genzlinger
Sept. 6, 2018
Ward Hall, an impresario of the carnival sideshow who beckoned customers with oddities and amazements, and who withstood decades of cultural change to be among the last of his kind in the United States, died on Aug. 31 in Sun City, Fla. He was 88.

His partner, Chris M. Christ, confirmed the death and said a specific cause had not been determined.

For decades Mr. Hall and Mr. Christ ran World of Wonders, a traveling sideshow seen at state fairs, carnivals and other events in towns large and small. Mr. Hall was the frontman, the “talker.” His patter drew patrons to a “10 in one” — 10 acts in a single show — where they might see swords swallowed, ice picks shoved up noses and an assortment of what were often called human oddities.

This type of entertainment had thrived in the 19th century and the first half of the 20th, but began to fade not long after Mr. Hall got into the business, so that in addition to being one of the leading sideshow presenters, he became a sort of keeper of the flame.
“Ward Hall is to the sideshow as oxygen is to all of us,” Todd Robbins, a sideshow entertainer and historian, said in a telephone interview.

Ward Miles Hall was born on June 21, 1930, in Trenton, Neb., to Glen and Opal Hall, who separated when he was young. His father worked for railroads, and his mother would later become a credit manager.

In a video interview with The Huffington Post in 2014, Mr. Hall recalled playing circus as a young boy, creating a tent by draping a blanket over two chairs — even though, at that point, he had never been to a circus.

At 14, living in Colorado, he got a job in a circus, and at 15 he left home to join a traveling one, the Dailey Brothers Circus, catching on with it in central Texas. The show had advertised for a fire eater and magician; stretching the truth considerably, Mr. Hall said he was qualified.
“The second day I decided, ‘You know, I told these people I can eat fire; I’d better see what I can do about learning to do it,’ ” he said in the 2014 interview. He got a can of gasoline and some torches and tried to give himself a lesson.

“I don’t know what I expected I was going to do,” he said, “but what I did was to burn the hell out of my face. Not only did I burn myself, but in the excitement of doing so I kicked over the can of gas and set the building on fire.”

He stuck with the business, though, as a performer and in other jobs.

By 1950, with a partner, Mr. Hall had acquired his first sideshow. Mr. Robbins said the carnival business was beginning to change in the late 1940s and early ’50s as European manufacturers that had made weaponry during World War II transitioned to making other things, including rides, which began taking over as the main attraction at carnivals.

“At the same time,” Mr. Robbins said, “a lot of the old showmen were dying, and Ward was this kind of Young Turk.”

Mr. Hall bought up some of the competitors and was soon one of the dominant presenters in a shrinking field.

In the early decades he relied heavily on freaks, to use a term that has since fallen out of favor, presenting acts like the Alligator-Skinned Man (who had a skin condition, ichthyosis).
By the late 1960s freak shows were coming under attack as demeaning to people with disabilities, but Mr. Hall maintained that the sideshow — especially in an era before equal-opportunity laws and medical treatments had somewhat leveled the playing field — was one of the few places people with these conditions could make a decent living.

“I’m telling you, this life was very good for freaks,” he told The New York Times in 2006. “These kind of people made money. They were hams, but they could never be actors. Who’s putting a bearded lady or a one-armed girl in a leading lady role on Broadway? This way they lived a great life.”

He even brought a successful court case in Florida against a statute that prohibited “the exhibition for pay or compensation of any crippled or physically distorted, malformed or disfigured person in any circus, side show or other place where admission fee is charged.” He argued that the law deprived people like Sealo the Seal Boy (one of the named plaintiffs) of the right to earn a living. In 1972 the Florida Supreme Court agreed.

The sideshow, though, came to rely less on what were called natural-born freaks and more on the self-mades — various tattooed ladies, for instance — and the “working acts” like sword swallowers and knife throwers. And as time went on, Mr. Hall lamented that the proliferation of tattoos, piercings and such in real life was making it harder for a freak show to freak anyone out.

“The fat man — Howard Huge — he wanted to come out with us,” he told The Times in 2006 as Mr. Hall was preparing a new show, making reference to an act he had employed previously. “But I said: ‘Howard, a fat man couldn’t sell 10 cents’ worth of fried chicken. Everybody in America is fat.’ ”

Mr. Hall retired numerous times, only to return to the business.

“He was always retiring,” Mr. Christ said. “That was a running joke; what retirement is this?”

Ready for a Night Out? Hire a Disco Nanny.

Does Watching College Football on TV Have to Be So Miserable?
Continue reading the main story