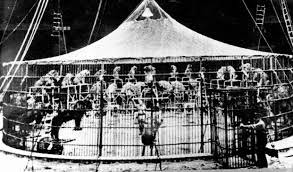 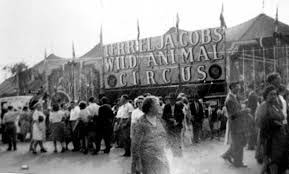 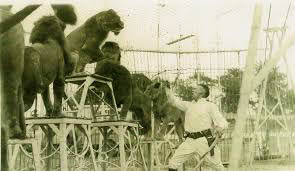 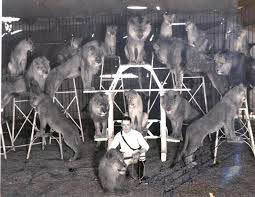 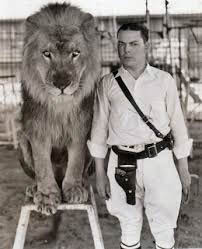 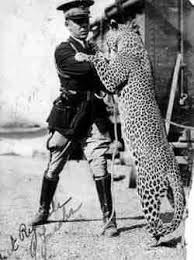 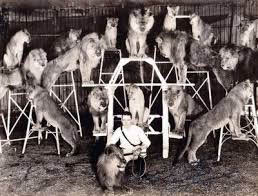 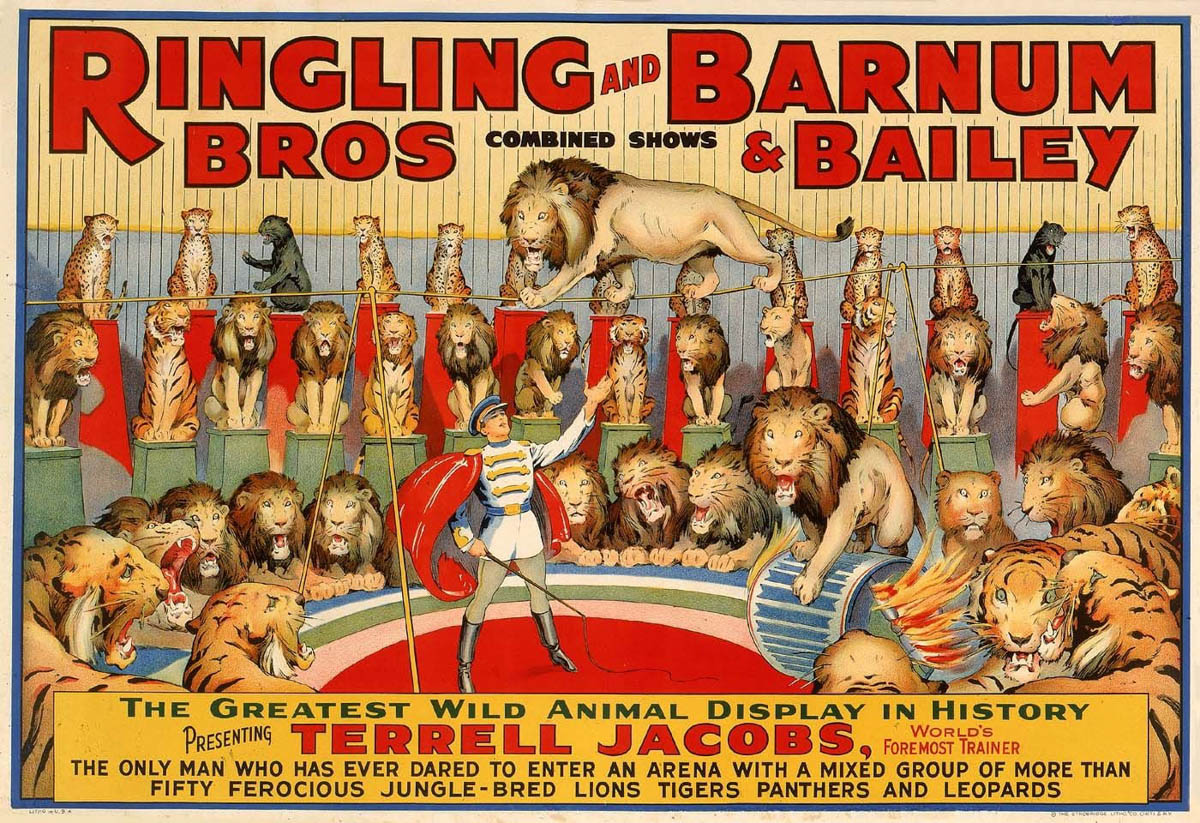 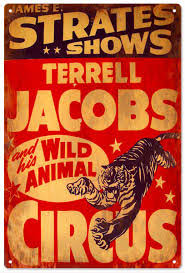 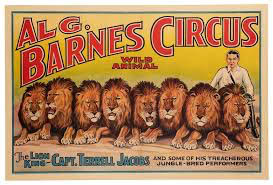 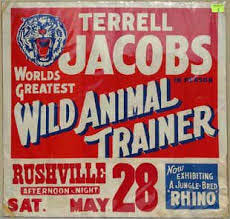 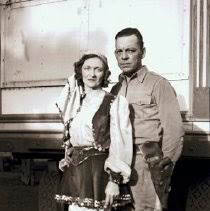 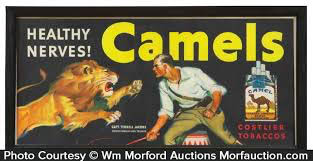 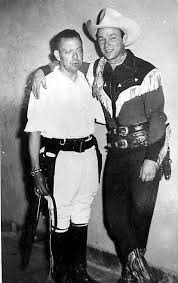 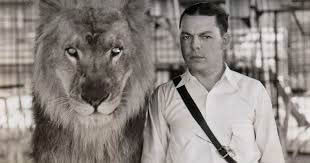 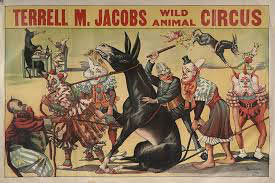 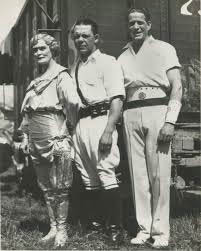 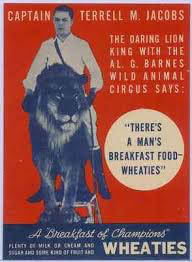 Terrell M. Jacobs, acknowledged one of the worlds greatest wild animal trainers of
all time, and an early member of the Circus Historical Society was a fixture
on multiple circuses in the first half of the 20th Century. Among the
circuses who featured Terrell Jacob’s Lions and Tigers for over Forty years
were Al G. Barnes, Sells-Floto, Christy Bros., Lee Bros., Robbins Bros., John
Robinson, Gentry Bros., Howes Great London, Gilbert Bros., Holland Classical
Circus, Austin Bros., Arthur Bros., Barnes Bros., Cole Bros., and the Al G.
Kelly-Miller Bros. Circus. Jacobs had also been featured attraction on
America’s largest railroad carnivals including Royal American Shows, World of
Mirth, Strates Shows, and the Conklin Shows, and Sullivan Worlds Greatest
Shows in Canada where he was always popular. In other years, he had operated
his own Wild Animal Circus, and appeared at Shrine Circuses all over America.
Terrell Jacobs probably reached the peak of his Circus career during the
season of 1938 and 1939 when he appeared with Ringling Bros., Barnum and
Bailey Greatest Show on Earth, presenting the largest group of Lions, Tigers,
and Leopards ever shown in the arena at one time — 52 of these mixed cats
were in the cage with Terrell during the above season, and numbered more than
four times as many as the largest cat act before the public today. In
addition, Jacobs had broken several performing Bear acts, and toured the
country with the only act of its kind, performing rare Black Leopards. In
1940 his act was featured at the San Francisco World Fair. When the Circus
Historical Society was in the founding stages, Terrell was one of its most
sincere and active supporters, and he was probably the first and only Circus
man at that time to believe that the old time Circus Parade wagon should be
preserved for posterity. Early in 1946 when plans were announced for the
first National Convention of CHS, Terrell expressed a desire to sponsor the
meet at his Quarters near Peru, Indiana and no one worked harder than he to
insure its success. Terrell personally saw to it that everyone present
obtained all the photos they desired of his equipment and his animals, and on
one afternoon he spent over four hours in an outdoor arena with his star
performer, the lioness “Sheba” for the benefit of all members who
wanted their pictures taken in the big cage. On the last day of the
convention, a complete circus performance was given at the quarters, and none
who were present will ever forget the precision with which Terrell’s cats
worked that afternoon, as he calmly worked, them in shirt-sleeves and vest,
calling each animal by name and explaining their act as he went along. Then
as if for an extra finale, two huge Tigers jumped at Sheba as she left her
perch, and a battle royal ensued for nearly ten minutes. Through it all,
Terrell remained in the cage first pleading, then prodding the beasts until
they separated and headed for their runway. Terrell Jacobs passed away on
December 24, 1957 of a heart attack.