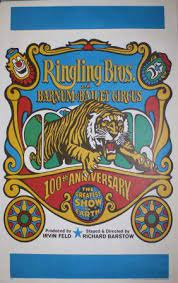 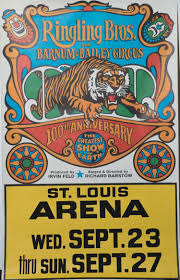 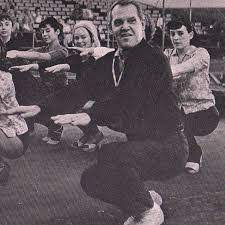 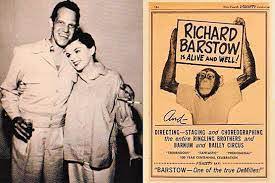 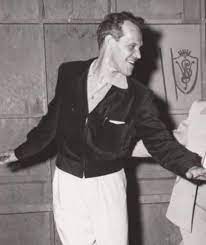 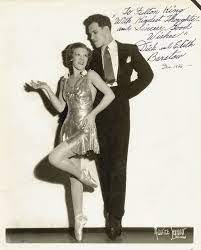 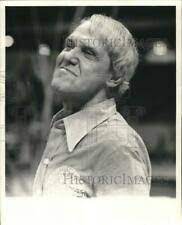 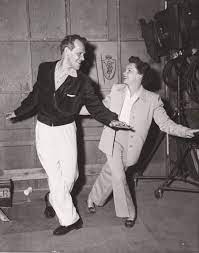 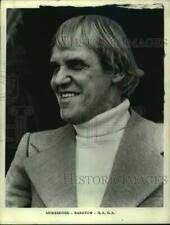 Richard Barstow began a theatrical career as a child and for 29 years served as
director and choreographer of the Ringling Brothers and Barnum &
Bailey Circus. He helped establish the sleek theatrical style of production
that marked the John Ringling North era of shows from 1950 through 1978.

Mr.Barstow, a youthful-looking man with a full head of white hair and a wide
smile, left the circus in 1978 years ago. His last major work was as director
of the Jones Beach presentation of ”Annie Get Your Gun,” starring Lucie
Arnaz in the summer of 1978. But Mr. Barstow, who lived alone in a penthouse
at 200 West 54th Street, never actually retired. Toward the end of his career
he was working on his autobiography, ”Fools Rush In,” and was writing a
one-woman show for a longtime friend, Frances Koll. He had recently written
several modern ballads and country-western songs and had worked with Brenda
Lee, the singer, on her Las Vegas show.

In a two-part profile of Mr. Barstow in The New Yorker magazine in 1958, Robert Lewis Taylor said he was ”widely
thought to be the most versatile man in show business.” A Versatile Career
”Besides engaging in his annual exertions for the circus, in which he is
aided by his sister Edith,” Mr. Taylor wrote, ”he has choreographed a
lively string of Broadway and Hollywood musicals; Island; put together the
giant industrial shows ‘Motorama’ and ‘Powerama’ for General Motors; danced
as a vaudeville headliner, both in his childhood and later; played the drums
in an Army band; and performed as a high diver at a public beach in
Juan-les-Pins – a role for which he was not notably well equipped, being
unable to swim and, in fact, having to be hauled out of the water on a pole
after each dive.” Mr. Barstow had also done the circus production numbers in
the movie ”The Greatest Show on Earth,” and choregraphed and directed the
musical scenes in ”A Star is Born,” with Judy Garland. He worked with the
late Gertrude Lawrence in Noel Coward’s ”Tonight at 8:30” and did
television work with Dave Garroway, Ed Wynn and Milton Berle.

Mr. Barstow was born on April 1, 1908, in Ashtabula, Ohio, the youngest of seven children of
British immigrants. He began life with a misshapen foot and doctors predicted
he would always limp, but he determinedly practiced physical therapy and by
the age of 6 was pronounced fully healed. Eager to demonstrate that he could
move as nimbly as any other youngster, he took up dancing, with the help of
his sister Edith. By the time he was 7, Mr. Barstow’s mother had the two and
three of their sisters on stage as ”The Five Barstows.” Adapted from
Richard Barstow obituary in the New York Times