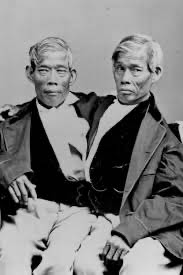 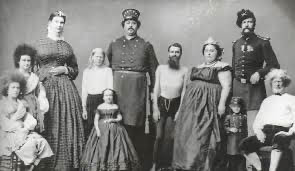 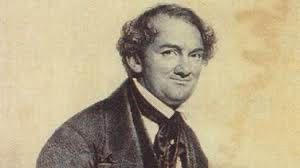 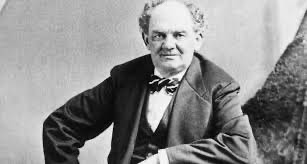 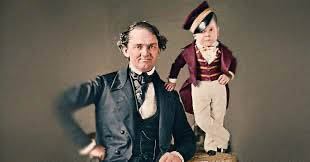 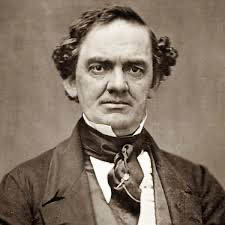 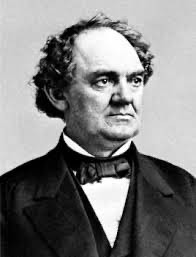 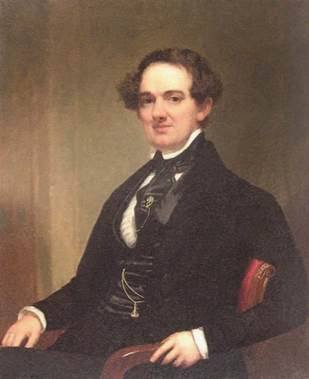 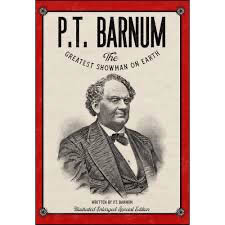 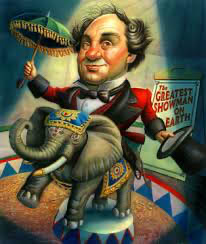 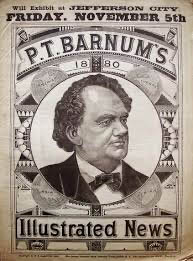 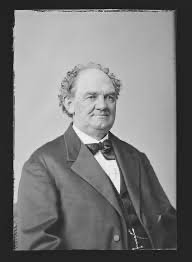 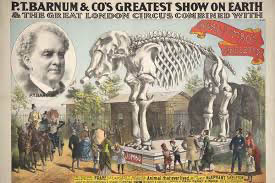 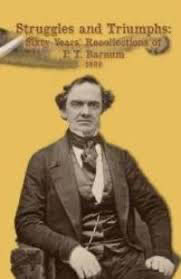 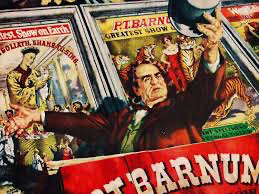 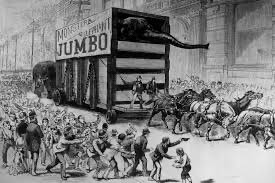 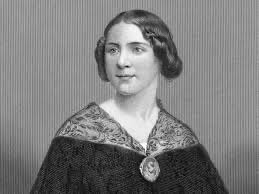 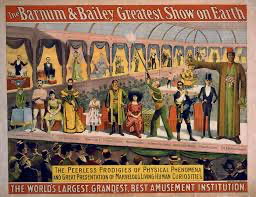 P.T. Barnum
From Wikipedia, the free encyclopedia
Phineas Taylor Barnum ( /ˈbɑːrnəm/ ; July 5, 1810 – April 7,
1891) was an American showman, politician, and businessman remembered for
promoting celebrated hoaxes and for founding the Barnum & Bailey
Circus (1871–2017). [1] He was also an author, publisher, and
philanthropist, though he said of himself: “I am a showman by
profession … and all the gilding shall make nothing else of
me”. [2] According to his critics, his personal aim was “to put
money in his own coffers.” [2] He is widely credited with coining the
adage ” There’s a sucker born every minute “, [3] although no proof
can be found of him saying this.
Barnum became a small business owner in his early twenties and founded a
weekly newspaper before moving to New York City in 1834. He embarked on an
entertainment career, first with a variety troupe called “Barnum’s Grand
Scientific and Musical Theater”, and soon after by purchasing Scudder’s
American Museum which he renamed after himself. He used the museum as a
platform to promote hoaxes and human curiosities such as the Fiji mermaid and
General Tom Thumb . [4] In 1850, he promoted the American tour of Swedish
opera singer Jenny Lind , paying her an unprecedented $1,000 a night for 150
nights. He suffered economic reversals in the 1850s due to bad investments,
as well as years of litigation and public humiliation , but he used a lecture
tour as a temperance speaker to emerge from debt. His museum added America’s
first aquarium and expanded the wax-figure department.
Barnum served two terms in the Connecticut legislature in 1865 as a
Republican for Fairfield, Connecticut . He spoke before the legislature
concerning the ratification of the Thirteenth Amendment to the United States
Constitution which abolished slavery and involuntary servitude: “A human
soul, ‘that God has created and Christ died for,’ is not to be trifled with.
It may tenant the body of a Chinaman, a Turk, an Arab, or a
Hottentot—it is still an immortal spirit”. [5] He was elected
in 1875 as mayor of Bridgeport, Connecticut where he worked to improve the
water supply, bring gas lighting to streets, and enforce liquor and
prostitution laws. He was also instrumental in starting Bridgeport Hospital
in 1878 and was its first president. [6] Nevertheless, the circus business,
begun when he was 60 years old, was the source of much of his enduring fame.
He established “P. T. Barnum’s Grand Traveling Museum, Menagerie,
Caravan & Hippodrome” in 1870, a traveling circus, menagerie,
and museum of “freaks” which adopted many names over the years.