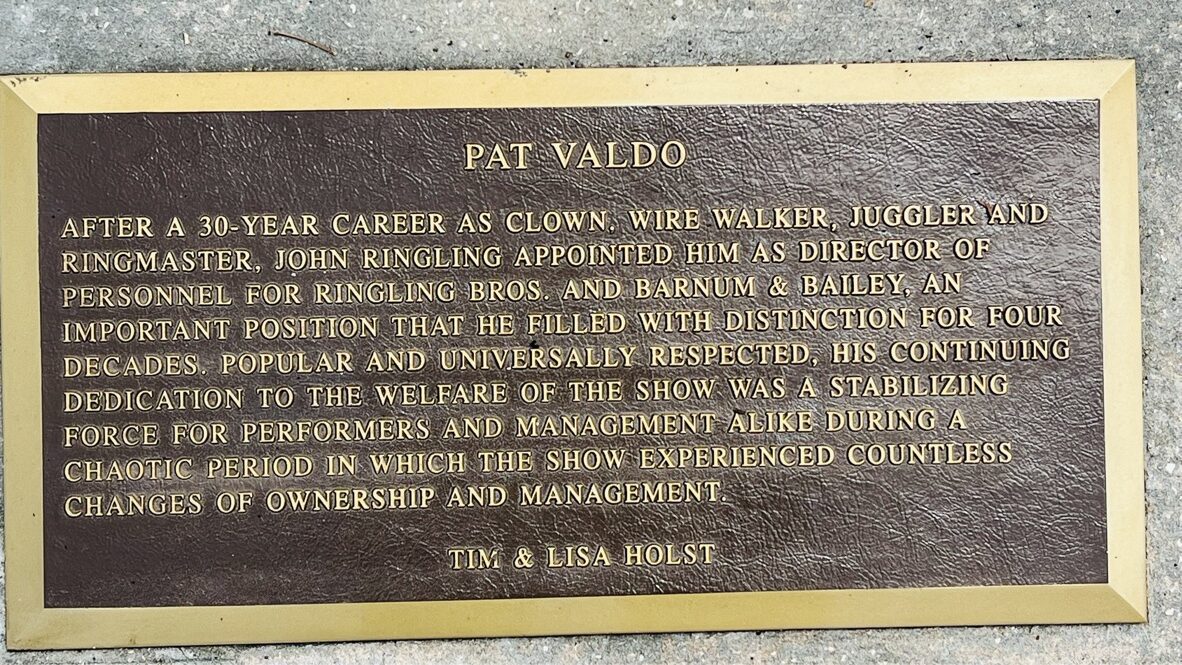 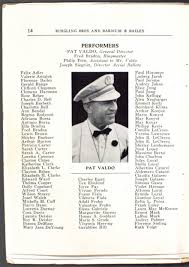 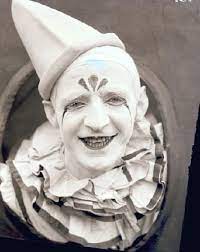 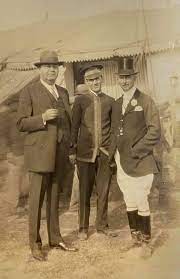 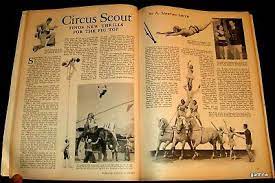 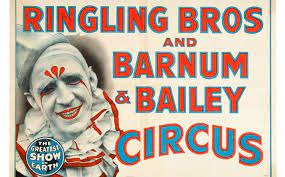 From the New York Times Archives:

On a Million Posters

Mr. Valdo, who was chris tened Patrick Francis Fitzgerald in Binghampton, N. Y., joined Ringling Bros. as a clown in 1904 and remained with that organization until his death.

His chalk‐white smiling face, in clown garb, had appeared on more than a million posters in the 65 years thereafter.

Mr. Valdo, after Serving as clown, wire walker, juggler and ringmaster, took his final post in the twenties.
A lean six‐footer, baldish, with a gentle Irish face, he was a kindly father of the vast circus family as the Big Show’s performance director.

He once described the com pany thus:

“It’s one big family of children. We take care of them, I listen to their gripes, calm down their artistic outbursts, feed them, help them save their money, take care of their insurance and doctor’s bills, send their children to school. We’re a laeague of nations, learn each other’s language. And when we retire, we still don’t leave the circus entirely; we go to. Saiasota. That is the goal of the whole family, a cottage at. Sarasota where we can settle down, gossip with other old circus people and watch the show go through its winter reorganization and training.”
Mr. Valdo made his first foreign scouting tour in 1932. On that and later European visits, he brought to the United States many famous circus artists.

Irvin Feld, president and producer of the circus, said:

“Pat Valdo probably knew more about the circus business than any other man in the world. He was a living legend in the circus world, and we will all miss him very much.”

Mr. Valdo wanted it known for the record that his father, William .J. Fitzgerald was the proprietor of the largest union cigar factory in Binghamton.
“Pop wanted me to follow the ancestral’ custom of pro viding the, nation with smokes,” he once said..

From his earliest school days the boy had show fever. He deserted the classroom often to shift scenes for repertory com panies that played the town, and was frequently seen scut tling under the side tents of visiting circuses.

A vaudeville actor gave young Pat a few pointers on juggling, and he carried his practice into the classroom, handling chalk, erasers, ink wells and apples in front of a blackboard. He quit school at the tenth grade.

He started his real career with the Walter L. Main Circus as a candy butcher and a few months later got a job as an apprentice clown with the John Robinson show at $10 a week. On the advice of a veteran clown he changed his name to Valdo, developed into a master of makeup, and used for his own clown character a white face with wide Ted lips and black eyebrows.

A producing clown, he thought up one of the best known clown acts—the midget fire brigade that rushes in and swarms over the burning build ing. In the first few years of his clowning, he devised a red wig that; when a string in his pocket was pulled, stood up and spun like a whirligig.

In 1904 he was hired by Ringling Bros. Between runs he took vaudeville engagements. With Orrin Davenport’s horse troupe, he appeared as the clown who had trouble with horses. After a few falls, he had his dog Prince run on and mount in his stead.

After his marriage to the late Laura Meers in 1914, Mr. Valdo joined his wife and her brother in a wire‐walking act. In 1923 he put on formal attire and assisted Fred. Bradna, the ringmaster: In 1929 John Ring ling made him director of per sonnel.

When there was a slip in, the show, he would call;; the “Joeys” or clowns into the breach.

“The clowns,” he said loyal ly, “are the pins that, the performance together. They can always stall until things are straightened out.”