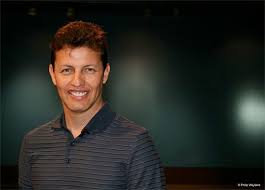 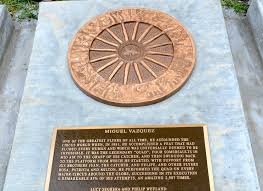 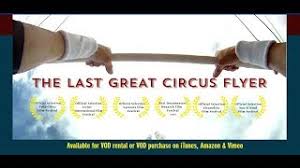 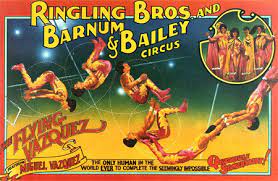 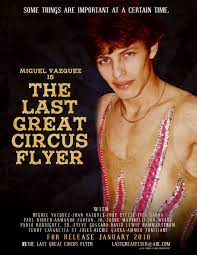 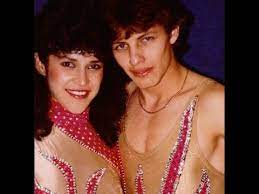 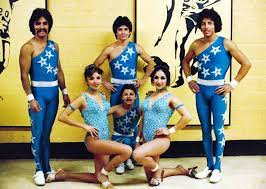 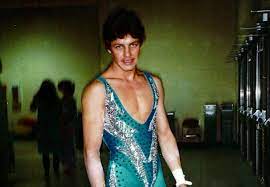 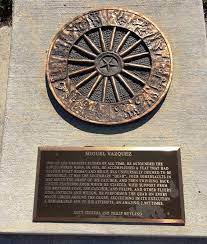 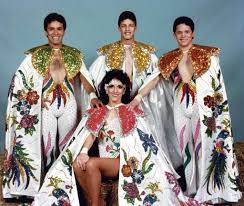 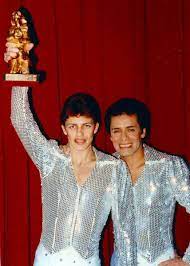 From the New York Times Archives:

A QUADRUPLE FOR THE FLYING MIGUEL VAZQUEZ

Miguel Vazquez, a 17-year-old member of the Flying Vazquez circus team, has become the first aerialist to achieve the quadruple somersault, a goal that has eluded generations of performers throughout the 123-year history of trapeze flying.

Making the attempt under the bright spotlights of the Tucson (Ariz.) Community Center before 7,000 people Saturday night, Mr. Vazquez performed four back somersaults from the flying trapeze into the hands of the catcher, his 31-year-old brother, Juan.

His hands and feet hurtling at a speed of 75 miles an hour above the slender ribbon of safety net over Ring 1 of the Ringling Brothers and Barnum & Bailey Circus, Mr. Vazquez spiraled four times in a high arc that took him near the steel rigging in the ceiling.

”I always knew I could do it,” Mr. Vazquez said after the performance, ”but I can’t believe I did. It’s like the four-minute mile.”
The quadruple somersault, one of the most difficult of all big-top feats, has been the dream of aerialists ever since the triple was first performed in 1909.

The 1956 Hollywood movie ”Trapeze,” starring Burt Lancaster, Tony Curtis and Gina Lollobrigida, was a fictionalized account of the attempt to achieve the first triple somersault. The trick was actually accomplished by Ernest and Charles Clarke in a performance of the Publiones Circus in Cuba.

Did you know you can share 10 gift articles a month, even with nonsubscribers?
Share this article.
Only a dozen performers have been able to do the triple somersault, and two – Ernie Lane and Charles Siegrist – died in an attempt. ”I guess the movie has meant a lot to all circus performers,” Mr. Vazquez said in an interview before his feat, ”but it has been a real inspiration to me.”

The quadruple has a high degree of difficulty, not only because it takes a rare athlete to complete four midair somersaults while positioning perfectly to be caught by the wrists, but also because of the problem it poses for the catcher. Hanging upside down from his horizontal bar, the catcher must grasp his partner as he spins out of his fourth somersault with explosive speed. Power of Last Somersault
Editors’ Picks

How ‘the Most Vicious, Horrible Animal Alive’ Became a YouTube Star

‘Little Venice’ Finally Gets its Moment

The final somersault must be carefully timed so that the force of the fall does not dislocate the catcher’s shoulders. The power of this somersault has been known to strip the skin off the fingers of the aerialist. Although the trapeze rigging is set up the same way for each performance, making the distances uniform during each attempt, variations in temperature and humidity from performance to performance can affect the ability of the catcher to grip the flyer.
If the flyer loses control or is deflected by a bungled catch, there is the chance he could miss the narrow safety net and fall to the tanbark.

The 130-pound, 5-foot-8 1/2-inch Mr. Vazquez is shy and selfeffacing for a daring young man on the flying trapeze. He performed his first successful quadruple in a practice session last Aug. 19 in Long Beach, Calif.

The members of the Flying Vazquez recorded the performance on videotape, as they do most practice sessions, for a training aid. Mr. Vazquez has successfully performed the feat 10 more times in practice, 6 of which are on tape.

Although the quadruple somersault had never been achieved in an actual circus performance, there is some controversy about whether the trick has ever been done by another aerialist in a practice session. The Clarkes are said to have done it in 1915, employing a ”mechanic,” or safety harness.
ADVERTISEMENT
Continue reading the main story

Tito Gaona, once a star aerialist with Ringling, said he achieved a quadruple in a 1976 practice session in Florida. Mr. Gaona tried to perform the feat publicly for part of the 1978 season, but never did it successfully. He is now a featured trapeze flyer for a circus in Switzerland. From Mexican Circus Family
Mr. Vazquez comes from Mexico City and was born into a family that has performed in Mexican circuses for five generations. He has been an aerialist since the age of 12. When he was 13, in Toledo, Ohio, he achieved his first triple somersault. He and Juan started practicing the quadruple in January 1981.

Long Beach, Calif., where Mr. Vazquez first performed the quadruple, is also the final resting place of Alfredo Codona, another Mexican trapeze flyer, whom many regard as the greatest aerialist of all time. In the 1920’s, Mr. Codona was the only performer to achieve the triple somersault with regularity, until Tito Gaona began doing it in the 70’s.

”Mrs. Codona gave me Alfredo Codona’s belt after I first did the quadruple in practice,” Mr. Vazquez said. ”She wished me good luck. I felt that her gift made me a part of circus history.”