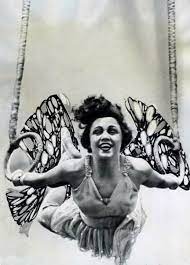 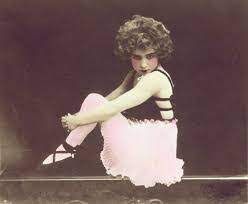 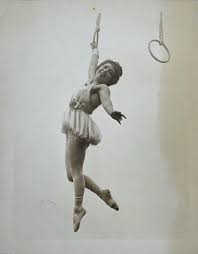 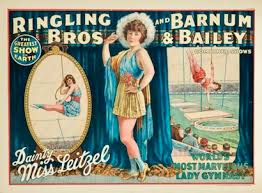 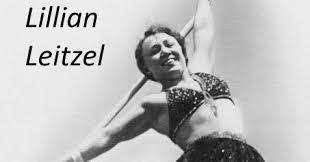 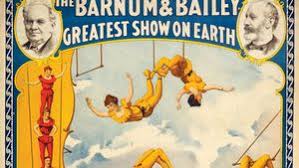 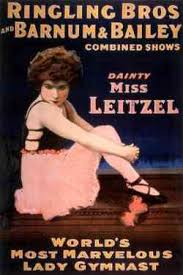 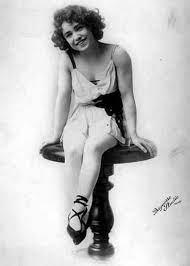 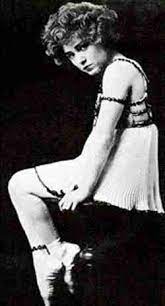 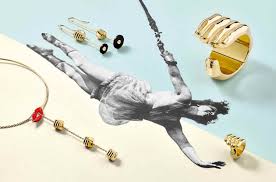 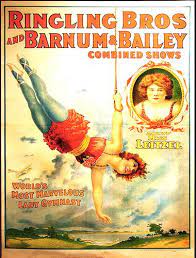 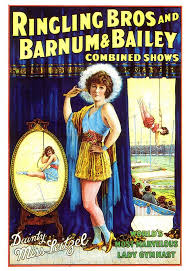 The inaugural (posthumous) inductee to the International Circus Hall of Fame ,
Leitzel died in hospital two days after a fall during a live performance. [1]
Early life Leitzel was born as Leopoldina Alitza Pelikan in a family of
circus performers. Her father was most likely Willy Dosta, an itinerant
circus performer; another possible candidate was Edward J. Eleanore, a
Hungarian army officer and theater performer. Her mother, Nellie Pelikan, was
a Czech circus acrobat. Her brother, Arthur Pelikan, later became director of
the Milwaukee Art Institute. [2]

She spent her childhood in Germany where she
lived with her maternal grandparents. [3] Although she had been well-educated
and had prepared to pursue a career as a concert pianist, she joined her
mother’s aerobatic circus group, the Leamy Ladies. The troupe was completed
by her aunts Tina and Toni and Lily Simpson and they toured Europe in 1905.
[4] In 1910, she came to the United States with the circus troupe and
performed with Barnum and Bailey .

The group later dissolved and its members
returned to Europe, but Leitzel continued to attempt to perform in the
American vaudeville circuit. In South Bend, Indiana , she was seen by an
agent of the Ringling Brothers who offered her a contract. When Ringling and
Barnum and Bailey merged, she became a huge star and a headline performer for
the circus. [5] Leitzel performing in 1925 Leitzel’s act included one-armed
planges, momentarily dislocating the shoulder during each plange. She would
flip her body over her shoulder repeatedly, sometimes hundreds of times in a
feat of endurance, encouraging the audience to count each one in unison. Only
four feet, nine inches, she was also famous for her demanding personality and
temper. Leitzel was the first performer in history to command her own private
Pullman car completely furnished with her own baby grand piano. [6] Her quick
temper was legendary. It was not uncommon to witness Leitzel cursing or
slapping a roustabout who did not adjust her rigging exactly to her liking.
Further, Leitzel was known to fly off the handle and fire and rehire her
personal maid, Mabel Cummings, several times a day. In sharp contrast, she
was known to the children on the show as “Auntie Leitzel”, and who
would hold birthday parties for her fellow performers in her private dressing
tent.

[7] Marriages The identity of her first husband is unknown. She married
Clyde Ingalls in 1920, and the couple divorced in 1924. Her third husband was
circus trapeze performer Alfredo Codona , whom she wed in 1928. Accident and
death On February 13, 1931, she fell to the ground from her rigging while
performing in Copenhagen, Denmark at the Valencia Music Hall, when the swivel
that held the rope in place fractured and snapped. She and Codona had been
performing in Europe separately, and he rushed to Copenhagen. After she
apparently showed signs of improvement, Codona returned to his company in
Berlin. However, she died on February 15, two days after the fall, aged 39.

[1] She was buried in Inglewood Park Cemetery in Inglewood, California . [8]
Honors Lillian Leitzel was the first inductee elected into the International
Circus Hall of Fame in 1958. [9] A vintage circus poster depicting her was
used as the subject of a United States postage stamp issued as part of a set
on May 5, 2014. [10]