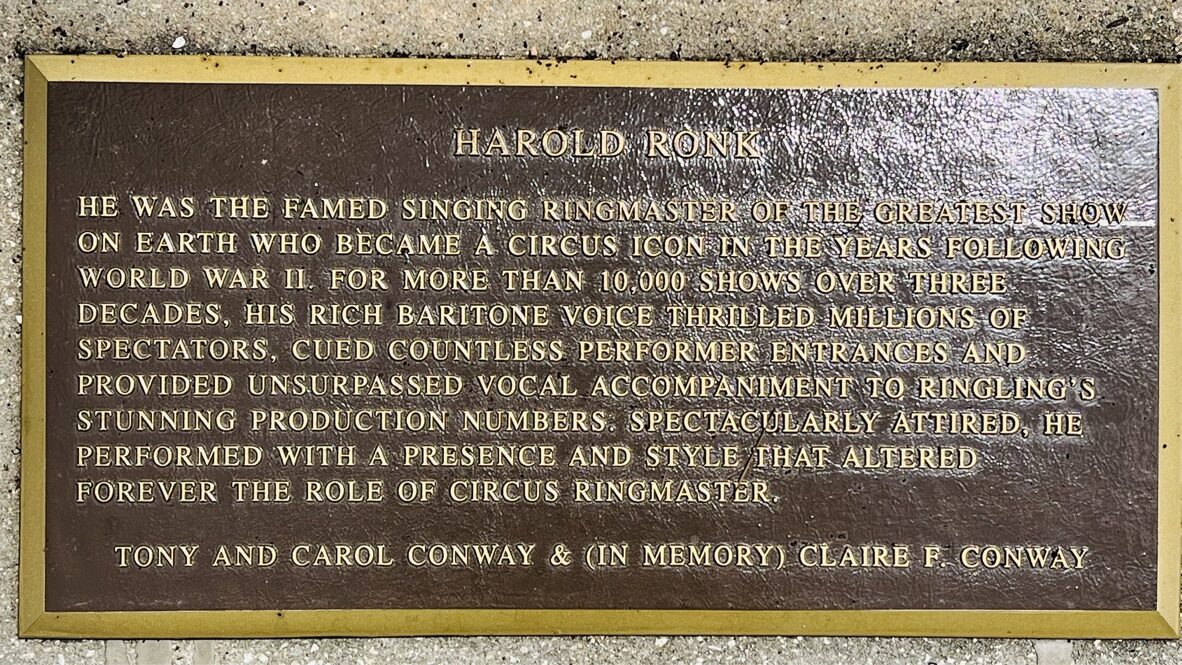 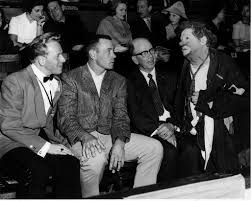 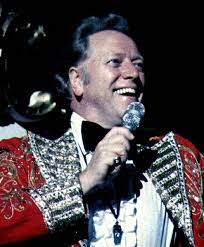 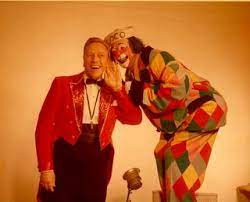 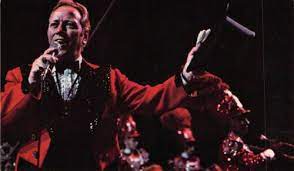 From the New York Times:

Harold Ronk, the stentorian-voiced ringmaster who sang “Welcome to the Circus!” at the start of thousands of Ringling Brothers and Barnum & Bailey performances for 30 years, died on Wednesday in Canton, Ohio. Mr. Ronk, the circus’s first singing ringmaster, was 85.

His death was announced by Jerry Digney, a longtime friend who was the spokesman for Ringling Brothers in the 1970’s. Mr. Ronk was with the circus from 1951 to 1981.

A robust figure with wavy blond hair, nearly always attired in red-sequined coattails, Mr. Ronk would wave his top hat and intone, “Ladies and gentlemen, children of all ages …” before bursting into his welcoming song. Introducing a famous trapeze act, he would pause for a drumroll and then proclaim: “All eyes on the Flying Gaonas. Waaaaatch them!”

In full-cast circus pageants and parades and resplendent sendups of Broadway productions, Mr. Ronk’s opera-trained voice filled arenas around the country, like Madison Square Garden, as he was accompanied by the circus’s band.
In 2004 Mr. Ronk was inducted into the International Circus Hall of Fame, in Peru, Ind., with a plaque honoring him as “the legendary voice of the circus.” After his success, other circuses began hiring singing ringmasters, and the tradition continues today at Ringling Brothers.

Harold Wilson Ronk was born on Jan. 31, 1921, in Peoria, Ill., the son of Robert and Dorothy Wilson Ronk. Throughout his childhood Mr. Ronk took singing lessons and appeared in school productions. He graduated from Bradley University in 1941, then served as a Navy communications officer in the South Pacific during World War II.

Mr. Ronk’s companion, Robert Harrison, who was an assistant performance director with the circus, died in 1995. He leaves no immediate survivors.

Mr. Ronk got his start in show business in 1948 when the Broadway composer Sigmund Romberg hired him for a national tour of the musical “My Romance.” When it ended, Mr. Ronk went to Washington, where he taught voice and became a soloist at the National Presbyterian Church.

He also made appearances and recordings with the National Symphony and performed on concert stages throughout the country.

Then, in 1951, he auditioned for John Murray Anderson, who Mr. Ronk thought was casting for a Broadway show; he was actually the Ringling Brothers circus director.

Mr. Ronk got the job, and over the next three decades, pointing from one ring to the next to the next, he would introduce the kaleidoscope of Ringling Brothers acts: a man with a 30-foot pole on his shoulder, supporting a woman hanging by her knees from a trapeze; a woman on a unicycle rolling along a slack wire; a man standing on his head atop four chairs on a swaying, narrow pole reaching close to the roof of the arena.

And always in the center ring, lions and tigers in the spotlight, and always, cavorting in and around the rings, a multitude of clowns.

“And now, for the first time in the world … ,” Mr. Ronk would say. Or, “The most enchanting extravaganza ever conceived.”

In 1953 the climax of such an extravaganza included 63 green-spangled women whirling on ropes 25 feet above the ground with Mr. Ronk’s baritone blasting a ballad titled “Minnehaha” over the loudspeaker. The song was written by John Ringling North, the president of the circus at the time.
In 1965 the first act of the show closed with a musical pageant based on “The Wizard of Oz,” with Dorothy snatched up in the trunk of an elephant and carried that way around the three rings. Throughout the act Mr. Ronk narrated the tale in song.

In an interview that year he said: “Some friends of mine in musical theater feel I have wasted my talent, but I don’t think so. Popcorn and lemonade is certainly a far cry from ‘Pagliacci,’ but essentially, a stage is a stage. I feel I have given something in the way of fun and razzle-dazzle that they cannot give.”
Correction: Aug. 10, 2006

An obituary on Saturday about Harold W. Ronk, the first singing ringmaster for the Ringling Brothers and Barnum & Bailey Circus, misstated his place of death. It was Canton, Ill., not Canton, Ohio.