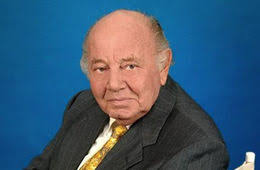 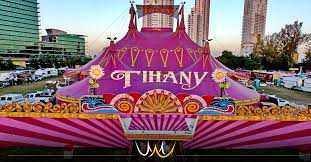 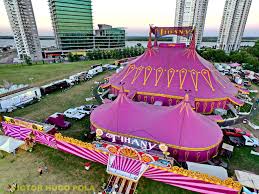 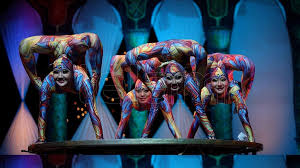 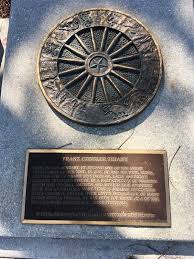 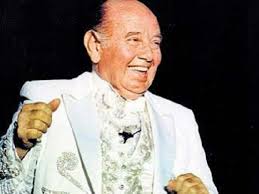 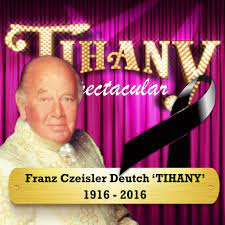 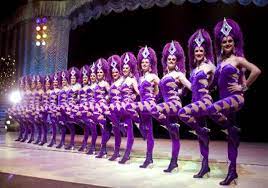 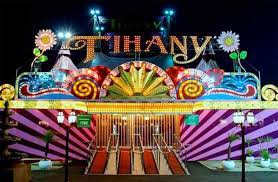 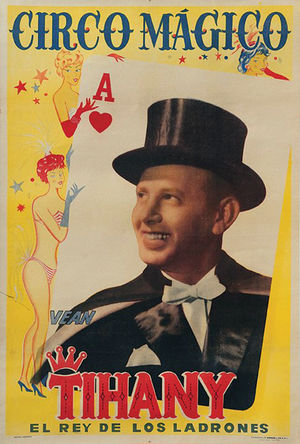 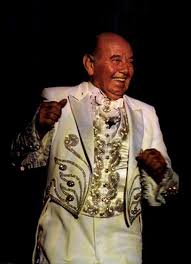 When he passed away on March 2, 2016, Franz Czeisler (1916-2016), better known as Tihany, was said to be the world’s oldest circus impresario: He was four months short of his hundredth birthday. His had created in South America one of the continent’s largest and most celebrated traveling shows, and had been a beloved figure in the international circus community, highly respected by his colleagues and the artists who had been lucky to work for him.

He was born Ferenc Czeisler to Ludovic Czeisler and Maria Deutch in the village of Kétegyháza, Hungary (then part of Austro-Hungarian Empire), on June 29, 1916. Located in Békés County, in southeast Hungary, Kétegyháza is one of the main centers of Hungary’s Romanian minority; Czeisler’s family, however, was Jewish. His father awoke Ferenc’s interest in magic performing small magic tricks for him when he was a child. Ferenc was twelve years old when his father died in 1928; the Czeislers were poor, and young Ferenc had to find a job in order to help his family survive: He got his first one in a visiting traveling circus, working as a helper in the menagerie.
From Saranduja To Tihany

Yet, so far as show business was concerned, magic remained Ferenc’s main interest. He was thirteen when he began working as a magician in small venues—that is to say, anywhere he could make a few Pengos, the Hungarian money of the time. Then, in 1930, one of his uncles took Ferenc with him to Uruguay. In Montevideo, Ferenc, now known as Franz, got a job as assistant to the famous Italian “fakir,” magician, and animal trainer, Blacaman. Pietro Blacaman became his mentor and teacher, and Franz was eventually able to save enough money to purchase some of his employer’s old equipment and create an act of his own.

Franz returned to Hungary, and worked his fakir act on village squares and fairgrounds under the stage name of Saranduja, in the company of a clown named Giovanni. Then he met the beautiful Ilonka Kovacs (1918-2000), whom he married in 1935. Ilonka was perhaps not very comfortable being the wife of a street “fakir”: She convinced Franz to work as a legitimate magician and create a new act that could be booked in more respectable venues than outdoors shows, which were still his province.
Franz granted Lia (as Ilonka was known) her wish, and also chose a new stage name that rang less foreign and certainly more Hungarian than Saranduja: Tihany. Tihany is the name of a small village on the popular Lake Balaton, which is famous among tourists (and scholars) for keeping in its Benedictine Abbey the first document ever written in the Hungarian language. One could hardly find a more perfectly Hungarian name than that!

Franz “Tihany” Czeisler had two great qualities, essential to succeed in show business: An engaging personality and a keen sense of showmanship. He specialized in big illusions, most of which could be performed in the round as well as on stage: This opened him many doors on the circus and variety circuit. He eventually made a good name for himself, and before WWII, worked steadily and successfully in Europe, appearing notably in his home country at the Nagycircusz of Budapest (then the former Beketov circus building).
World War II And The Post-War Years

Then came World War II. Since 1938, the Kingdom of Hungary’s Regent, Miklós Horthy, had been close to Nazi Germany and Fascist Italy; Hungary joined the Axis in 1940, and in 1941, participated alongside Germany in the invasion of Yugoslavia and Russia. That same year, Horthy had unleashed a policy of ethnic cleansing, targeting notably the Hungarian Jews. In January 1942, Franz was performing in Újvidék (better known today as Novi Sad), a Serbian city that had become part of Hungary after the annexations of 1938.
There, Franz Czeisler was caught in the infamous Razzia (raid) of Novi Sad. Rounded up with 300 other Jews and Serbians, he was taken to a forced march on the frozen Danube River, where soldiers broke the ice to drawn them into the icy waters. Miraculously, Franz managed to swim his way to freedom, narrowly escaping his captors. It is estimated that a total of about 4,000 people, Serbian and Jews, were killed in the raid. (Franz’s brother, Belá, was killed at Buchenwald.)

Undeterred, Czeisler returned to performing for the remaining of the War, avoiding police controls and keeping as low a profile as he could. By then, however, Horthy had begun to distance himself from the Nazi regime, and although threats against Jews were still real, Nazi Germany’s defeat appeared increasingly inevitable as time passed, and consequently, the Hungarian authorities, justifiably concerned for their future, became less pugnacious.
Right after the war, Tihany’s magic act entertained the American troops in Germany, Austria and France. Then he went to work for Circus Kratelj in Romania before immigrating to the newly formed State of Israel in 1950, where he worked in theaters. But work opportunities for an entertainer were rather scarce in a new country that was in the process of building itself, and Franz went to work in Cyprus and Turkey before touring with the Italian Circo Coliseo in Austria. In Vienna, he met the Brazilian ambassador, who invited him to perform in Brazil.

South America had already been good to him, and Franz accepted the offer. In April 1953, he embarked in the Italian port of Genoa for São Paulo, along with his wife, Lia, and their young son, Ludwig. In Brazil, Tihany performed with the Mexican Circo García. His act proved quite successful with Brazilian audiences, and Czeisler decided to settle in what was to become his adoptive country, and to create his own show.

In 1954, he purchased the small big top of the Politeama Marugán, a traveling variety and theater company. It was a small tent designed for stage productions: Square (30 x 30 meters), it was equipped with a classic elevated stage, the seats facing it. It was not truly a circus tent, but it worked for Tihany’s magic act, and he could indeed pepper his show with a few circus acts working on stage. Czeisler called it Circo Magico Tihany. The “magic” part of the title referred to Tihany’s act, but also to the atmosphere he quickly created in his circus.

The Circo Magico Tihany opened in 1954 in Jacarei, in the State of São Paulo, and met immediately with enormous success. It quickly outgrew its modest beginnings, and the original tent was soon replaced by state-of-the-art, increasingly bigger ones to accommodate not only larger audiences, but also the elaborate staging of the shows. Franz Czeisler started its own circus revolution in South America (for the circus began to expand its reach outside Brazil), and inspired many South-American major circus shows—although none of them ever came close to the original.

Along with his spectacular magic act—for which he famously made his stage entrance in a vintage Rolls Royce—and his top-shelf circus acts, Tihany had a full corps de ballet provided over the years by such celebrated dance companies as the Bluebell Girls (from the Lido of Paris), the Doriss Girls (from Paris’s Moulin Rouge), or the German-based Hiller Girls. There were also elaborate theater lighting, colorful water fountains, and all sorts of special effects presented on what was now a gigantic stage of 220 square meters, using UV lights—which Tihany was the first to use in Brazil—and later, laser effects and LED lights.
The show not only has become a huge and lavish production in the now defunct “Las Vegas style”, but the physical circus itself is also part of its appeal, with its colorful tents, its theater-seating accommodating 2,000 spectators, its sumptuously decorated foyer, and its spectacular illuminated façade looking like the light-flashing entrance to a Las Vegas casino! Even though it is a traveling show, Circo Tihany looks like a plush city theater—the circus world equivalent of the “movie palaces” of yore: Whatever their social status, spectators feel indeed treated like royalty.

Franz Czeisler-Tihany retired from performing in 1984, and sold all his circus equipment. He first retired in Sarasota, Florida, home of many of the artists he had featured in his show, then, the following year, he settled in Las Vegas. These environments probably awoke again in him the performing bug. In 1986, he rebuilt from scratch Circo Tihany in Mexico, in its original splendor.

Tihany resumed his spectacular magic act in his show (it was one of its drawing cards), but since he was past seventy, he formed an understudy, the Italian-Argentinean magician Ricardo Massone, who would replace him when necessary. In time, Massone also became Czeisler’s right-hand man, and took an increasingly significant role in the management of the circus. Then, being now a U.S. resident, Czeisler tried to tour his show in his new adoptive country; Circo Thiany had its U.S. premiere in Houston, Texas, on September 29, 1989.

Although there was a large Latino population in Texas to whom the name of Tihany was familiar enough, this was not the case for the American-born Texans. Furthermore, touring such a huge show as Tihany’s in the United States was much more costly and complex than it was in Mexico and South America. Czeisler’s attempt was a disappointment and the tour was quickly aborted.

The show returned to more familiar territory south of the border and on the South American continent, where it has continued its hugely successful run. Franz Czeisler was the President and Artistic Director of the Tihany show (Ludwig Czeisler, his son, was Vice-President, and Ilona Czeisler a Trustee), and Ricardo Massone eventually became its Executive Director—before taking over its entire management.

Ilonka passed away on September 21, 2000. Ludwig, as Tihany, Jr., created his own magic act, with which he toured in South America and Italy. Franz Czeisler finally sold his circus to a large Mexican production company, Showtime, and Ricardo Massone remained its artistic director (as of 2016). In 2006, for his 90th birthday, Franz Czeisler-Tihany threw a huge party in Las Vegas that was attended by a large number of circus directors and artists from all over the world. An artist himself, Czeisler had always shown great respect for the circus artists he employed in his shows, and he had become for that reason one of the most respected and beloved directors in the business.

After his retirement, Franz Czeisler-Tihany was invited to sit in the jury of several major international circus festivals, notably in Mexico, Budapest, Monte Carlo and Wuqiao, China. In 2007, he was inducted into the Circus Ring of Fame at St. Armands Circle in Sarasota, Florida; in 2009, he was named Circus Ambassador by the Fédération Mondiale du Cirque (World Circus Federation), presided by SAS the Princess Stéphanie of Monaco; in 2015, he was designated as International Ambassador of the Arts by the Hungarian Parliament. Franz Czeisler was a lifetime member of the Magic Castle in Hollywood, and had received the Keys of the cities of São Paulo and Las Vegas.

Franz Czeisler-Tihany passed away on March 2, 2016 in Las Vegas. The international circus community mourned one of his most loved members, and the famous illusionists Siegfried and Roy saluted him thus: “Our friend, our mentor, your life was a blessing, your memory is a treasure.” He was laid to rest at King David Memorial Cemetery in Las Vegas. Beside his son , Ludwig, Franz Czeisler had two grandchildren, and four great-grandchildren.