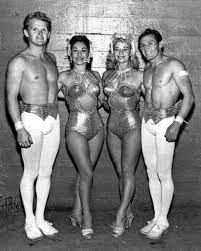 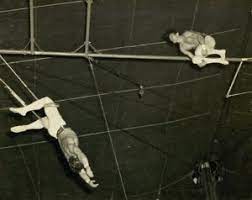 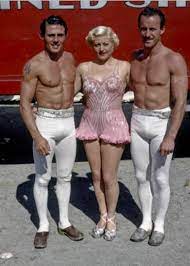 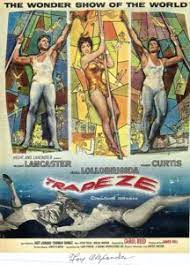 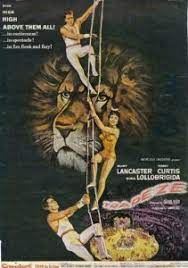 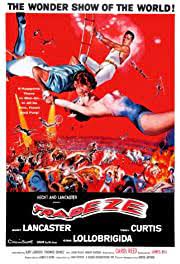 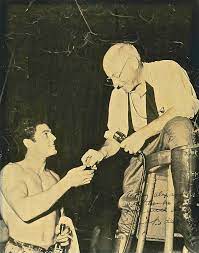 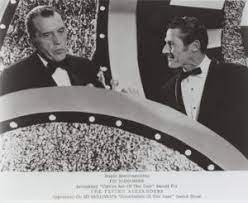 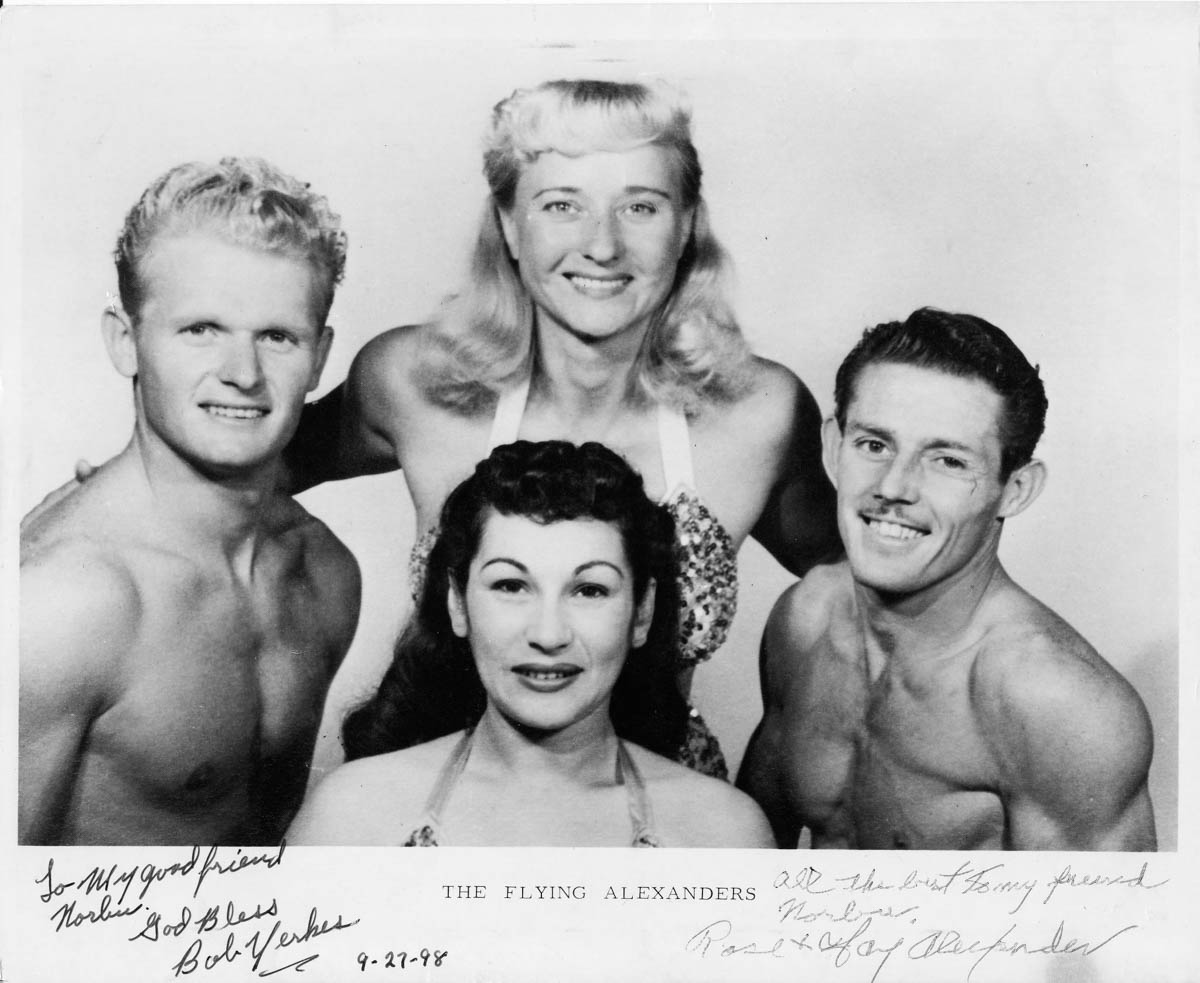 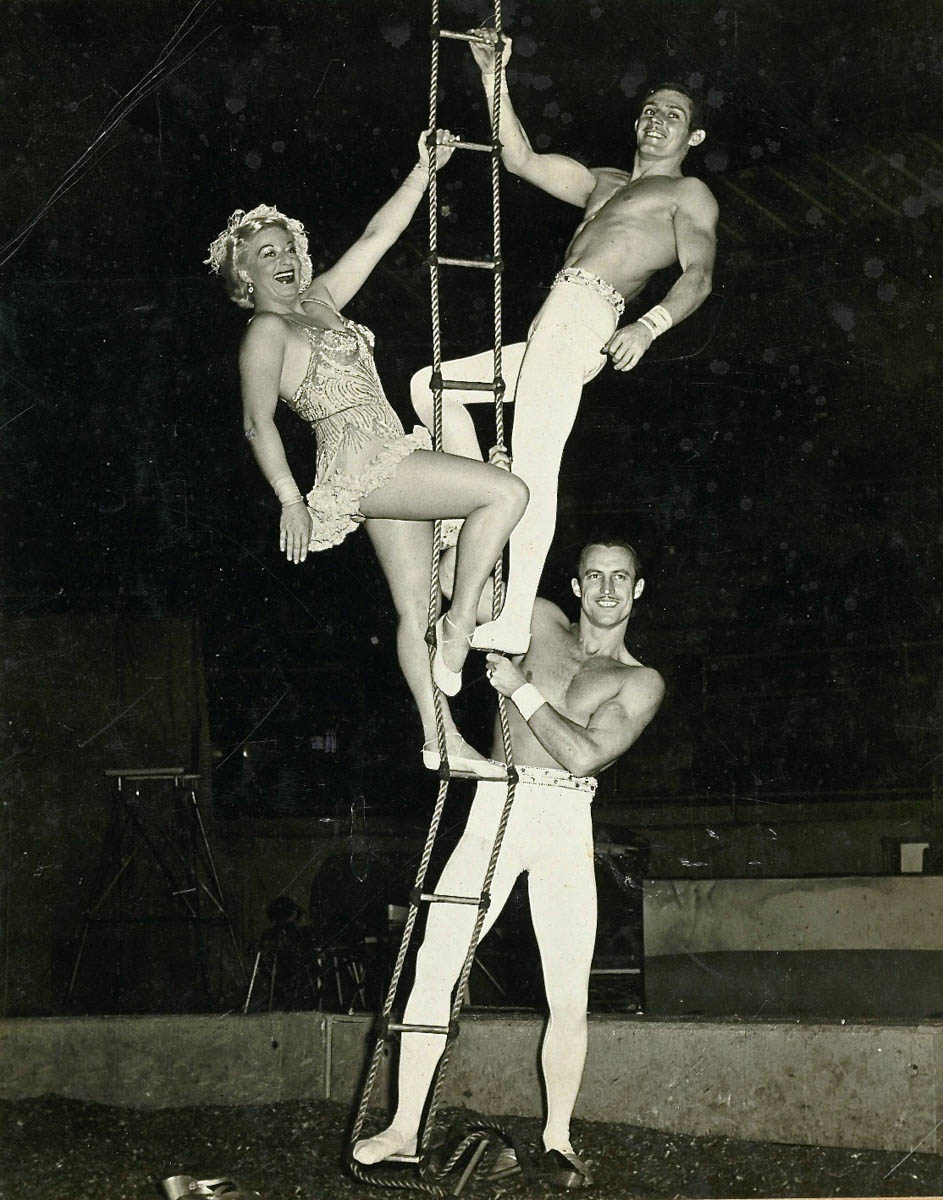 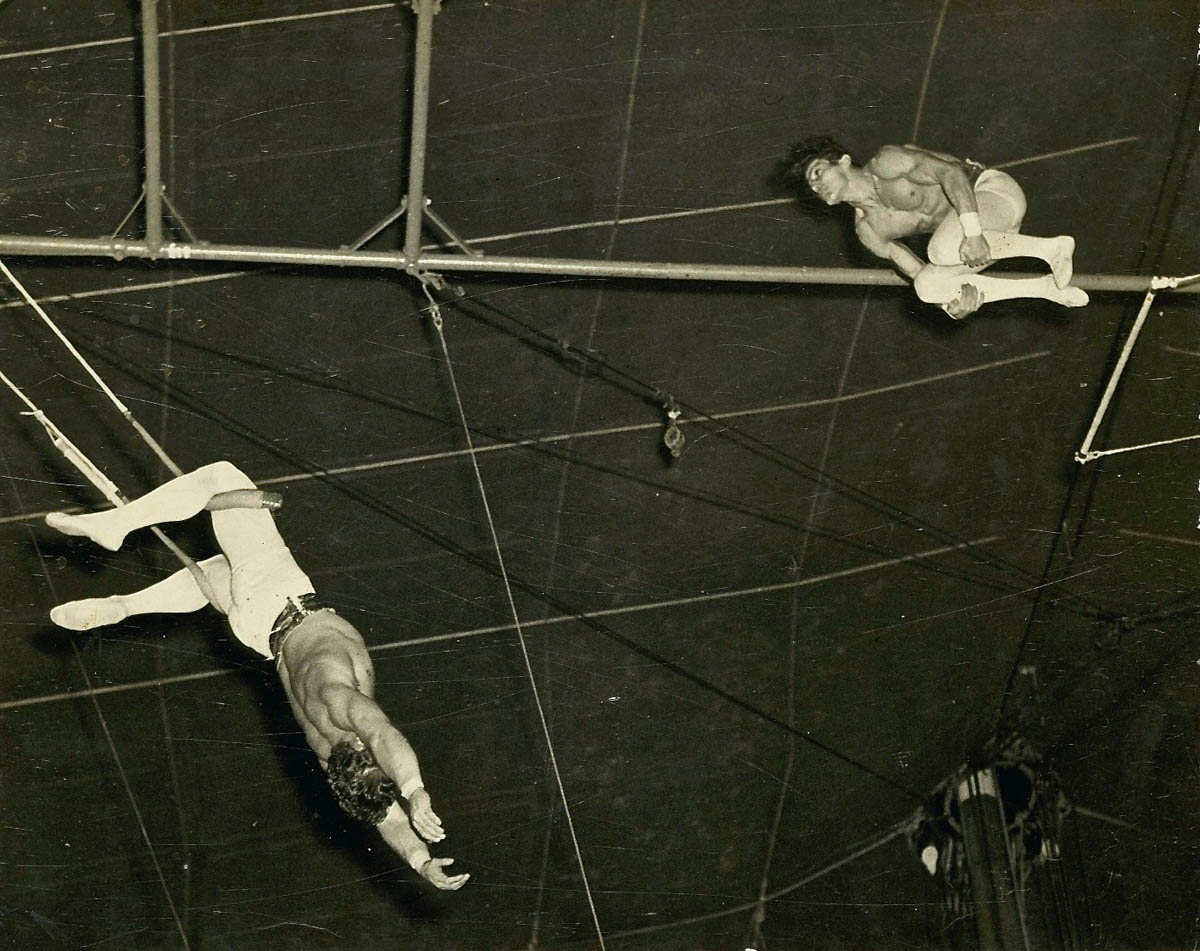 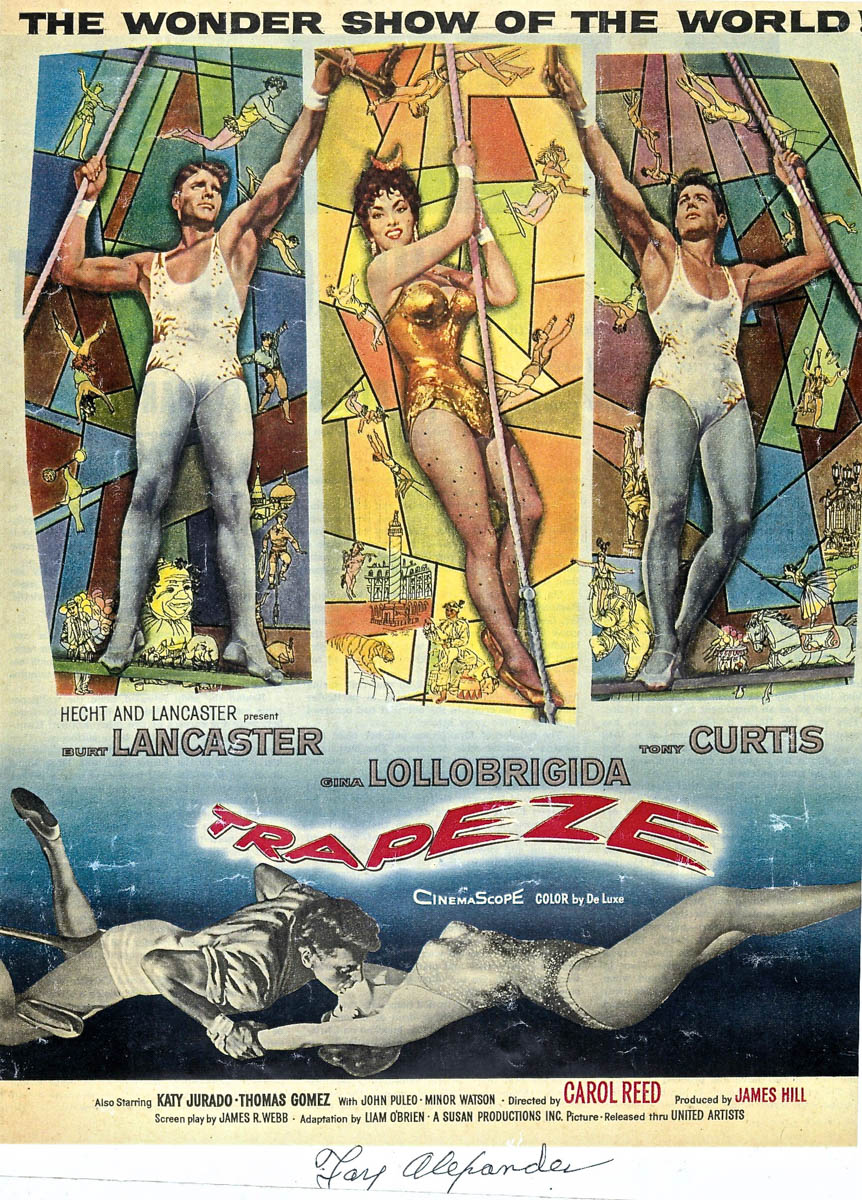 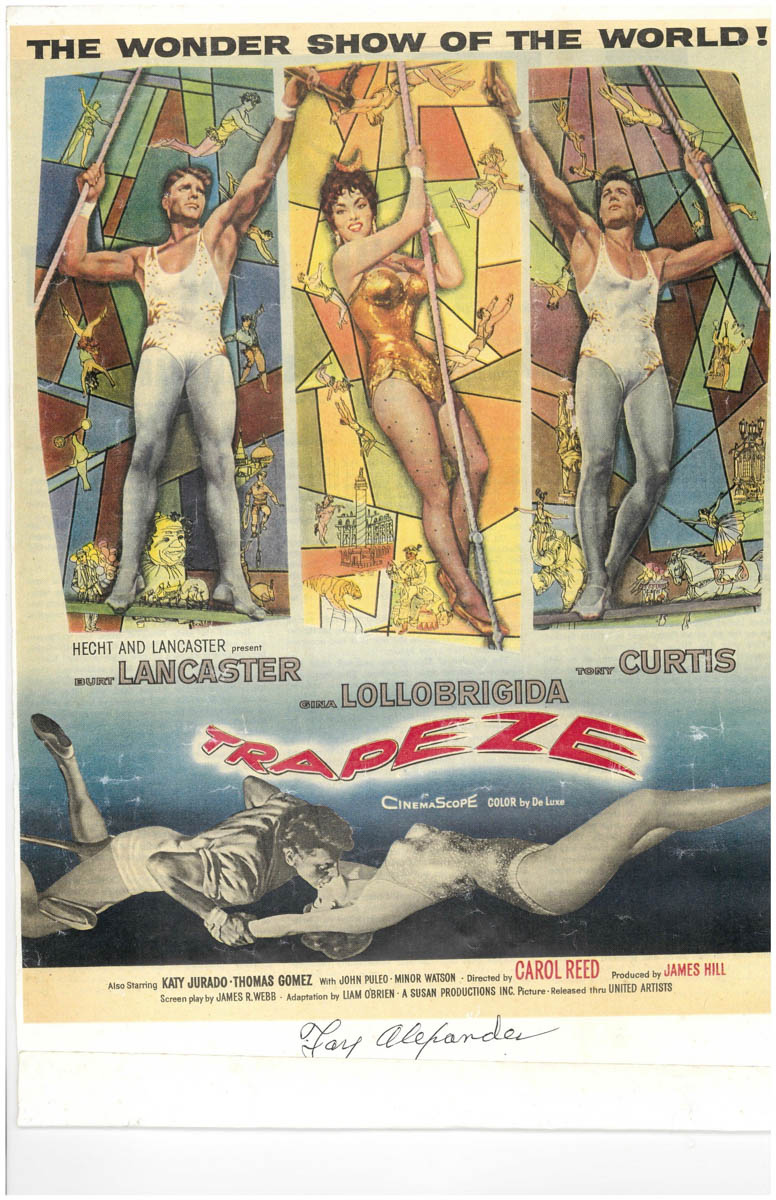 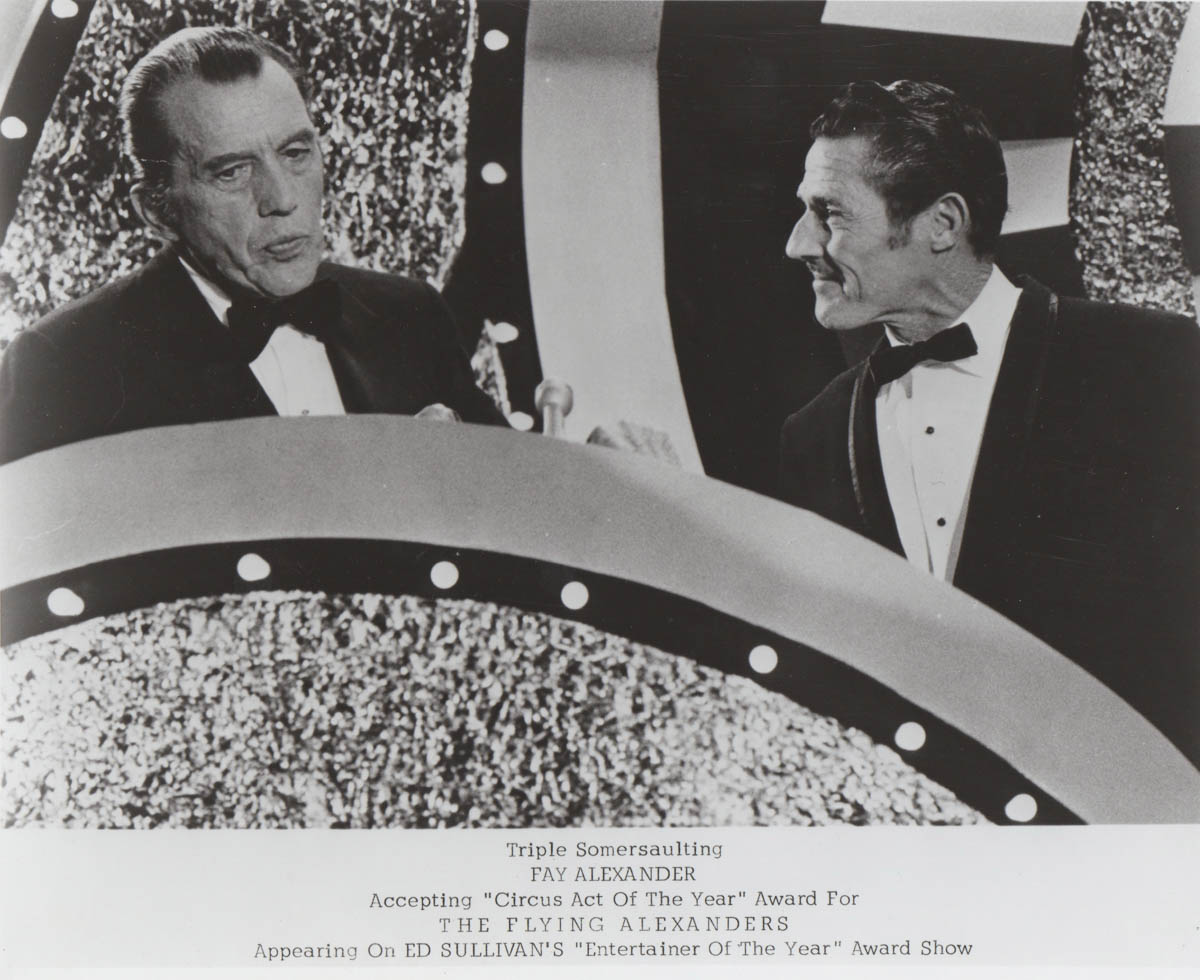 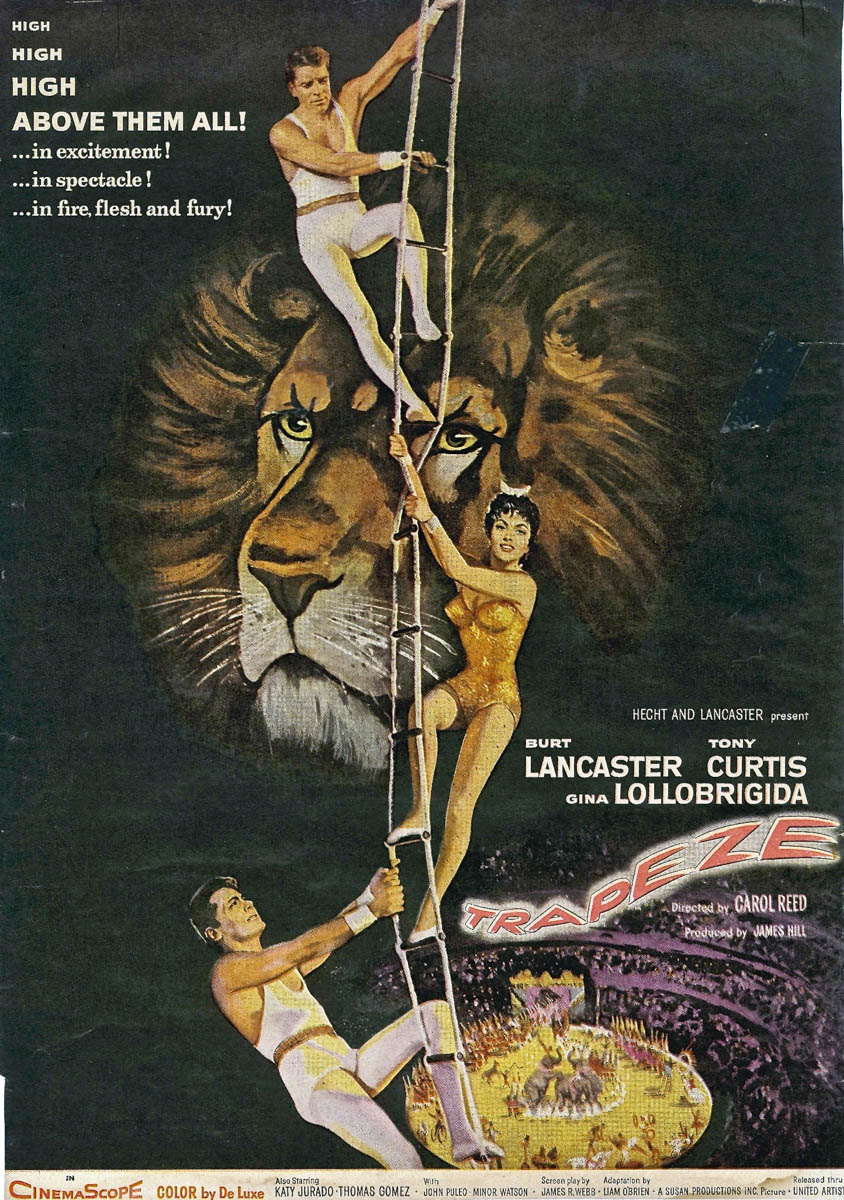 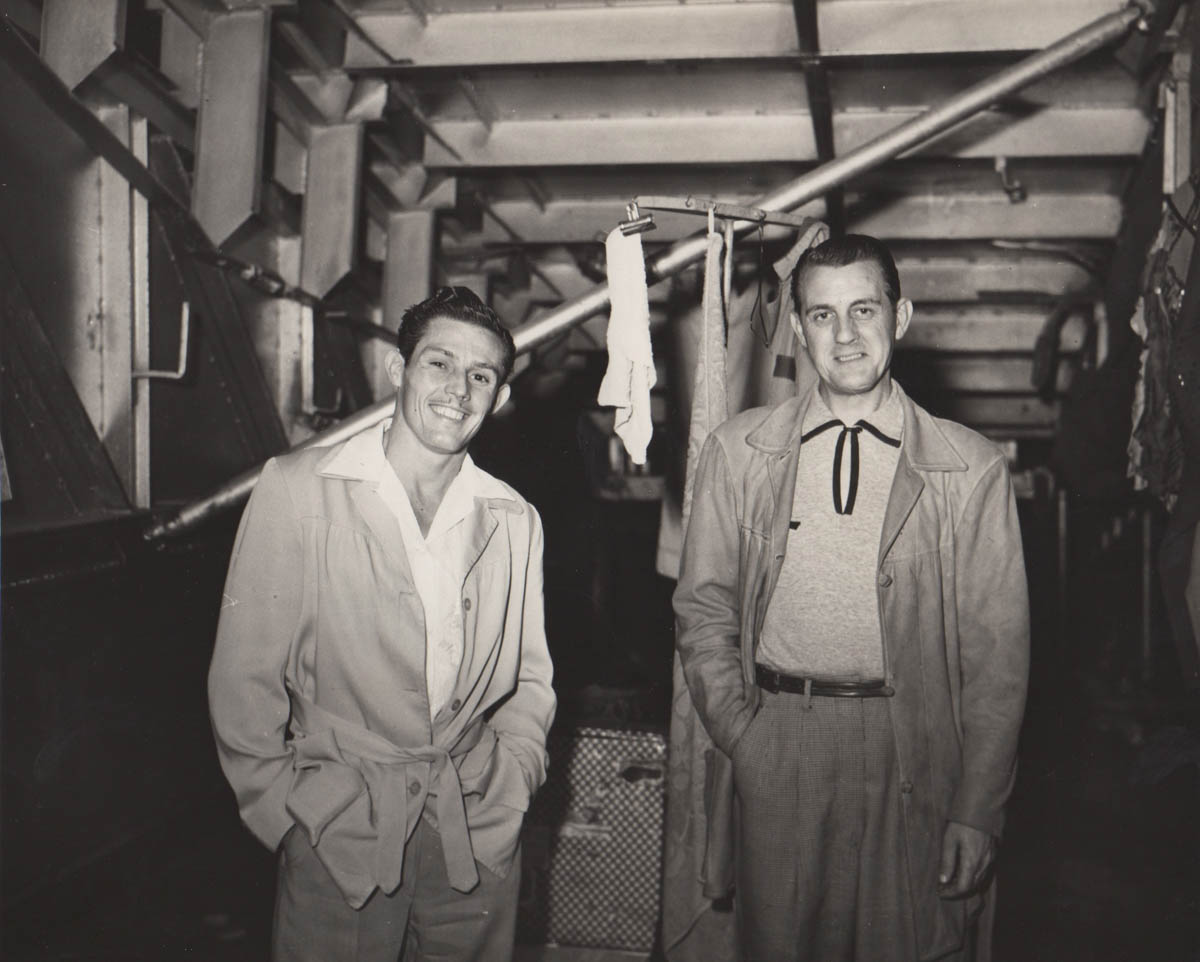 Fay Alexander was one of the world’s premiere flying trapeze circus artists of the 20th century.

Fay appeared in the film The Greatest Show On Earth and also was the stunt double for Gina Lolabrigida and Tony Curtis in the feature movie Trapeze. Fay also had prominent roles in Jumbo and other noted Circus themed movies of the 1950’s.

Fay and his famed flying troupe, The Flying Alexanders, were the inspiration for many trapeze artists that followed. His fluid “ballet like” style were the standard by which others were judged.

Despite his fame, Fay Alexander was a humble man. While he received many awards Fay was not a person who sought the limelight.

Because of his skill and artistry Fay Alexander was frequently noted as the authority, mentor and example of what the complete trapeze artist should be.

Fay and his wife Rose lived in Sarasota, Florida in a middle class neighborhood close to his beloved ShowFolks of Sarasota social club – where he was a long time member and president for the organization.

In later years Fay tutored tumbling and trapeze at the Sailor Circus in Sarasota and at Ringling Bros. and Barnum & Bailey Circus World in Haines City, Florida.

Fay Alexander was born in Seattle in 1924, the son of a barber, according to ”A Reckless Era of Aerial Performance: The Evolution of Trapeze,” by Steve Gossard (1994). He grew up in Los Angeles. At 3, he contracted a lung disease and was sent to dancing school as physical therapy. He learned ballet and acrobatics. He began to perform in theaters and clubs along the Pacific Coast.

During the war, when he was in the Coast Guard, he performed as an acrobat with Rudy Vallee’s show, and later appeared in the ”Stars and Bars” show with Sid Caesar and Victor Mature. He then served eight months of sea duty. Fay’s father, Eddie Alexander, was personal barber for industrialist Howard Hughes. Eddie insisted that Fay attend barber school so he would have an occupation to fall back on. On a few occasions Fay was summoned to the Hughes estate to stand in when his dad was unavailable.

After leaving the service, he began performing in 1947 with Ted Dewayne in a Risley act, the acrobatic art of juggling objects — and sometimes people — with one’s feet. He and Mr. Dewayne then bought some secondhand gear and taught themselves aerial tricks, performing as the Dewayne Brothers.

Mr. Alexander toured South America with Jerry Wilson’s Flying Behrs and returned to work with a circus that Mr. Dewayne had organized. He met Rose Lamont, a trick rider, in 1948, married her and trained her for the trapeze act.

The next year, he began working for Ringling Bros. and Barnum & Bailey, achieving the triple in a 1952 performance. Some were speaking of him as the next Codona until a severe fall in 1953, according to ”The Story of Fay Alexander,” a short, undated biography owned by the circus museum.

In doing the triple, an aerialist catapults off a swinging trapeze, doubles up into three dizzying, pinwheel-like spins and snaps out into the arms of an upside-down acrobat, called the catcher. According to circus legend, the triple has killed more performers than all other aerial acts combined.

The first attempt, in 1835, ended fatally, and for the next 63 years, only one man, Armor, successfully did the trick, in 1860. Armor is remembered only by his last name and was so horrified by his experience that he never tried again, according to the Circus World Museum in Baraboo, Wis.

In an article on Mr. Alexander in True magazine in April 1953, Bill Ballantine wrote that the next four men and one woman to try the triple died. In 1898, an English trapeze artist, Ernie Clarke, perfected the maneuver and is said to have performed a quadruple somersault in private. The first public quadruple was performed by Miguel Vazquez in Tucson on July 10, 1982.

But it is the triple that ripples through circus lore like the gasp of a crowd.

Ernie Lane, who became the third person to do the triple, died at 22 when his catcher missed. Alfredo Codona, who married Lillian Leitzel in a union known as the King and Queen of Trapeze, is still said to have been the best, according to Erian Foley, archivist of the Circus World Museum.

Until his own severe fall in 1953, which sidetracked his career for several years, Mr. Alexander reminded old-timers of Codona, who performed in the 20’s and 30’s.

”He has class, a winning boyish manner that hits the heart of an audience, plus a fantastic lifting power almost as strong as Codona’s,” Mr. Ballantine wrote in True. ”His backup swing goes so high you think it’s going to rip him right through the Big Top’s canvas roof.”

Mr. Alexander always pooh-poohed such fancy analysis. ”Them write-ups is always a lot of guff,” he told True, explaining that height and a good catcher were the only essentials for the triple.

His film career, which started in 1951 when he acted as a double for Cornel Wilde in Cecil B. DeMille’s ”Greatest Show on Earth,” began to pick up. In that movie, he made a spectacular fall into a hidden net.

”First time I did it, the cameras they couldn’t follow me,” Mr. Alexander told True. ”I went so fast, and they didn’t know what I was going to do.”

Mr. Alexander also performed for Tony Curtis in the 1955 film ”Trapeze” and doubled for Martha Rae and Doris Day in ”Jumbo” in 1962. In ”The Big Circus” in 1959, he did the stunts for Gilbert Roland.

For most of the last two decades of his life, Mr. Alexander worked in a comedy act called Lemon-zene, which highlighted a backfiring Model T. In addition to his wife, he is survived by his sister, Dorothy Tubbs, of Big Bear Lake, Calif.

Indubitably, his greatest achievements were the high-altitude ones, the treacherous triple somersaults that as a daring young man he performed 400 times a season.