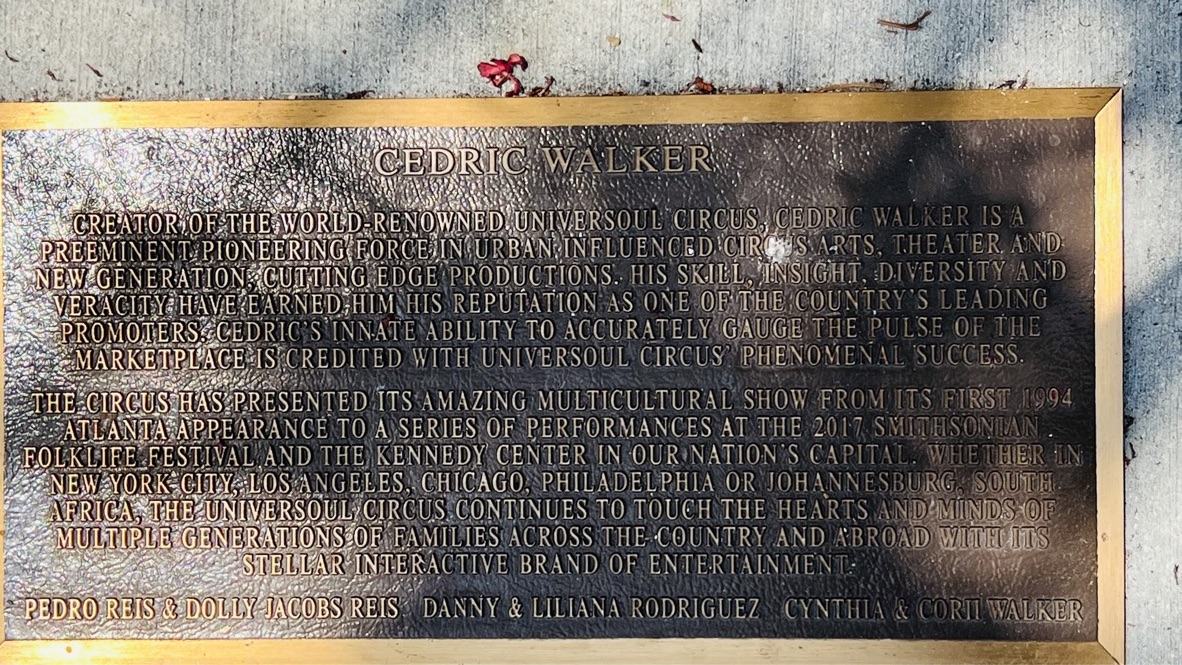 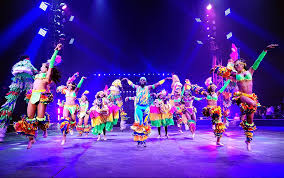 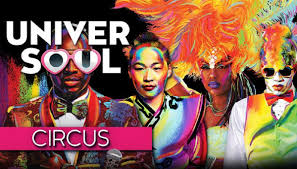 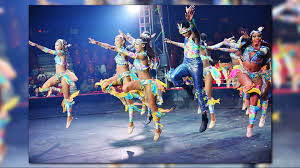 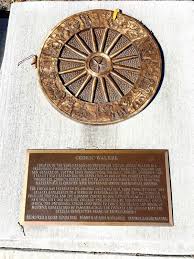 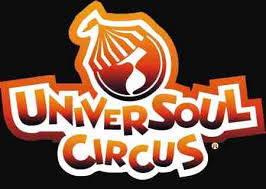 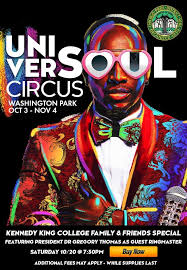 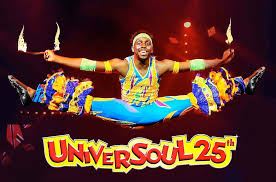 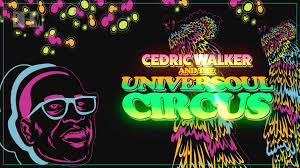 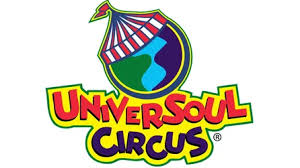 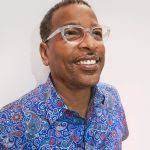 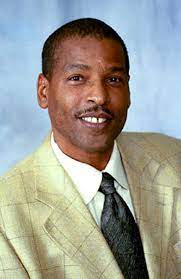 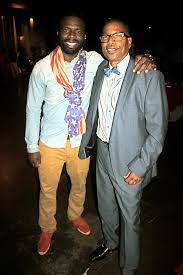 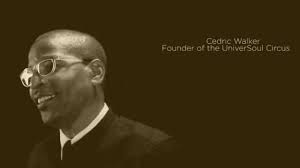 From Wikipedia, the free encyclopedia

The UniverSoul Circus is a single ring circus, established in 1994 by Cedric Walker and Calvin “Casual Cal” Dupree, an African-American man who had a vision of creating a circus with a large percentage of people of color performing. He began searching for people from all around the world with incredible talents. It is headquartered in Atlanta, Georgia.

The UniverSoul Circus was founded in 1994. The history section of the official website states that “We had the idea to present … to a wide demographic of spectators.”[1]

Recruiting, training and production began in 1993. The first performance took place in 1994 in the parking lot of Atlanta Fulton County Stadium, a couple of years before the stadium closed and demolished the following year. The first season of operations brought formidable debt upon the organization. By 1997 the circus tour grew to 10 cities, 19 cities in 1999, 31 cities in 2000, and 32 cities in 2005. An Emmy Award-winning special featuring the circus debuted in 1998 on cable TV network HBO. A tour of South Africa, the first international destination, was completed in 2001.[2]

WITH HARD WORK AND A DREAM, ANYTHING IS POSSIBLE

The Story of Cedric Walker and UniverSoul Circus

You will be amazed by the incredible, success story of UniverSoul Circus founder and CEO Cedric Walker. His journey is one of willpower and perseverance – a story that would not be complete until his dream of running away with the circus was fulfilled.

A Baltimore, Maryland native, Walker has had an entrepreneurial spirit since the ripe old age of six when he established his very first company – a shoe shine business. As a youngster, he sold Christmas cards, Kool Aid Popsicles, and fruits and vegetables from a horse-drawn cart.

That’s about the time he fell in love with the circus. Growing up, his family often attended the circus when it came to Baltimore. He and his brother Frank would go home and re-create the spectacles they had witnessed. In fact, Cedric loved the circus so much he actually wanted to run away with it. In a sign of the times, he thought he was qualified to clean up after the elephants just as well as the only other minorities he saw working in center ring. But his imagination would reach further than that – much further.

The entertainment bug first bit Walker in the early 1970s when he moved to Tuskegee, Alabama to live with his uncle, a prominent nightclub owner in the region. That’s where he met and later teamed up with a promising group of young musicians known as the Commodores. A tireless worker, Cedric soon worked his way up to production and stage manager and toured with them around the world. Walker would later serve as a promoter for the Jackson Five.

“Even at that exciting point in my life, my fondness for the circus was so great that I would have quit it all to run away with the circus – even if only as maintenance man,” admitted Walker.

He struck out on his own in the 1980s to help organize and produce the Fresh Festivals – the world’s first Rap music tour to play in large arenas featuring legendary rappers Run DMC, Salt n Peppa and The Fat Boys. In the early 1990s, he produced a couple of highly successful gospel plays, “Wicked Ways” and “A Good Man is Hard to Find.”

By the mid-1990s, Cedric and his associates began to look for new forms of family entertainment: “The vision was to explore the various talents other than singing and dancing that black performers had to offer,” said Walker. “Our journey began in libraries, researching African American entertainment from the turn of the century until today.”

Walker continues: “We came across a single African American owned circus operating in 1893. I envisioned hip-hop musicals, a return to vaudeville and animal acts. That’s when the decision was made to create a new entertainment complex – a full-blown circus complete with its own big top tent.”

That prophetic vision led Walker to create what would prove to be the most successful urban family entertainment event in history – The UniverSoul Circus, a new American art form under the big top.

The idea took on a life of its own. The performers they found were very proud and overwhelmed by the vision Walker shared with them. He sent out an international call for acts to perform in this new form of live entertainment. Recruiting, training and production for UniverSoul Circus began in 1993 – one year before the first historic performance.

Not everything went exactly as planned. Three weeks before the opening, Walker paid a visit to the training facility. It was clear the person they had chosen as tiger trainer wasn’t working out as they had hoped. The trainer appeared apprehensive, causing a ripple effect among the tigers. They had to let him go.

There was a moment – albeit a fleeting moment – when Walker considered getting into the tiger’s cage, himself. After all, he thought, what’s a circus without tigers? “That’s when I recalled my wild and crazy cousin who lived with three 14 feet boa constrictors in his bedroom. I called his home that night. By six the next morning, he’d quit his job and was ready to run away with the circus.”

The historic first show took place in 1994 in the parking lot of the old Fulton County Stadium in Atlanta. From the very beginning, the circus received rave reviews from critics and fans alike. The Atlanta Journal Constitution dubbed it “Cirque du Soul,” when it debuted. Circus Report, a trade weekly, called it “a masterpiece of production, staging and promotion.” The overwhelmingly positive initial response inspired Walker push forward and to turn his dream of running away with the circus into reality.

“Although the idea was a critical success, our first show lost every penny and then some,” recalls Walker. “Although we lined up backers and sponsors, few believed in our vision. If I wanted to realize my dream, I knew I had to use my own money to finance the majority of this incredible million-dollar operation.”

Since then, there’s been no looking back. Since its debut, UniverSoul has successfully turned the traditional circus world upside down. By 1997 the circus tour had grown to a 10 city tour; to 19 cities in 1999; a South Africa tour 2001, an Emmy nominated HBO special in 1998, and 25 cities in 2012.

“It’s been a hard and difficult slog during our incredible 19 years, but I would not change it for the world,” says Walker. “Seeing smiling faces, watching our fans dance, sing and laugh makes it all worthwhile.”