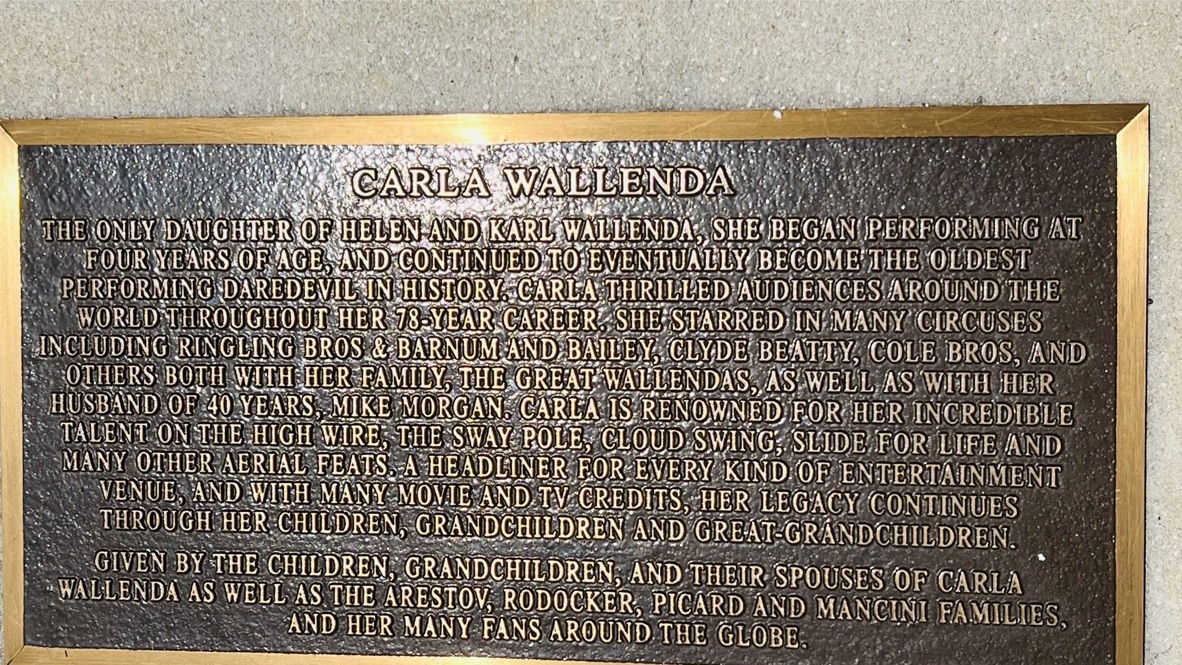 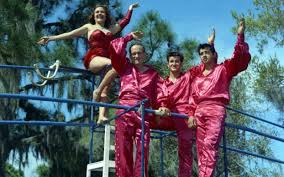 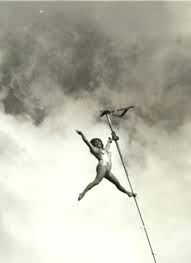 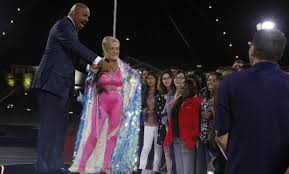 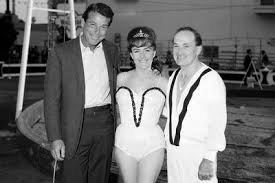 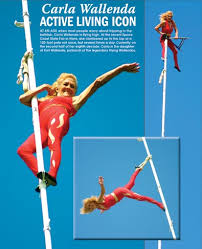 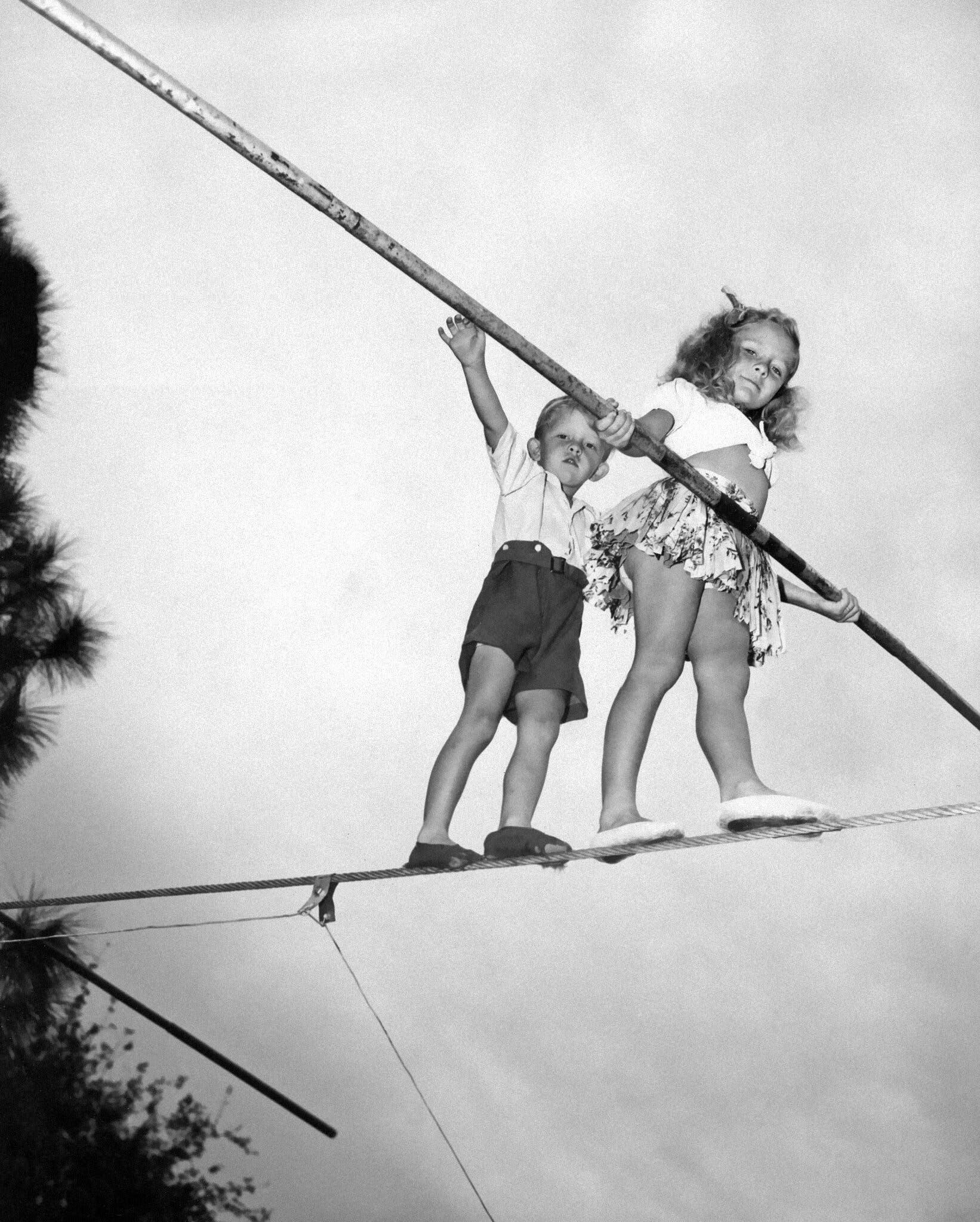 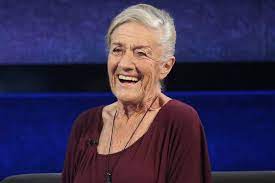 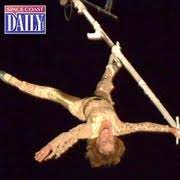 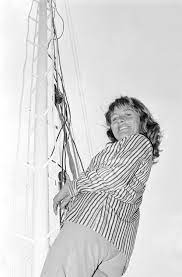 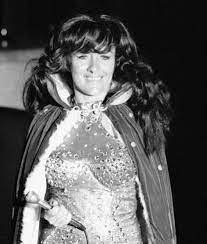 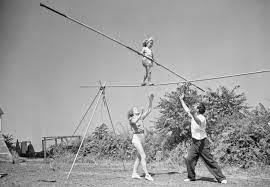 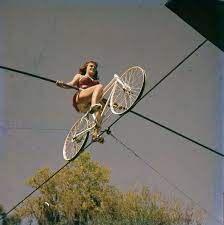 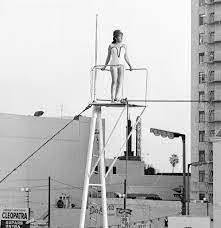 Carla Wallenda, Surefooted Mainstay of a High-Wire Act, Dies at 85
The last surviving child of the Flying Wallendas’ founder, she was with the troupe for seven decades, performing heart-stopping aerial stunts into her 80s.

Carla Wallenda, who spent seven decades with both her head and her feet in the clouds (or close to them) as a member of the Flying Wallendas aerial act, died on Saturday in Sarasota, Fla. The last surviving child of the family troupe’s founder, she was 85.

Her death was confirmed by her son, Rick Wallenda. No cause was given.

Ms. Wallenda made her high-wire debut when she was just six weeks old — when “my father rode the bicycle and my mother sat on his shoulders, holding me and introducing me to the public,” she recalled in a Sarasota television interview in 2017.

Fatal accidents took the lives of family members, including her husband, but Ms. Wallenda continued to soar to new acrobatic heights. Her signature was a heart-stopping headstand on a sway pole — a flexible steel shaft — from a perch of 100 feet (later scaled down to 65 feet as she grew older).

Though weakened by diabetes and a chronic inflammatory lung disease (she stopped smoking in 2013), she continued to perform until she was 82.
A career as an aerialist that might have been destined by dynasty, she said, but in fact it was propelled as much by her own desire.

“Accidents can happen anyplace,” she told The Sarasota Herald Tribune in 2014. “I have to make a living, and this is the only way I know or want to. I’ve done waitress work and hated every minute of it. Why should I go and do a job that I hate?”

Carla Wallenda was born on Feb. 13, 1936, in Florida. Her father, Karl Wallenda, founded his acrobatic troupe in Germany before moving to the United States in 1928. Her mother, Helen (Kreis) Wallenda, who was known as Mati, was also a high-wire acrobat.

As a toddler Carla appeared in a 1939 newsreel showing her being taught to walk the wire by her parents. She toured with her family in the Ringling Brothers and Barnum & Bailey Circus and began appearing in the family’s act with her brother Mario and sister Jenny in 1947.

She joined the troupe’s high-wire act only after she demonstrated to her father that she could perform a headstand atop the family’s hallmark seven-person pyramid — without a net. The death-defying act featured four acrobats on a wire supporting two on the next tier, with the seventh sitting at the top on a chair.
Ms. Wallenda formed her own aerial ensemble in 1961, then rejoined the family troupe in 1965 after three of her relatives were killed performing and her brother Mario was paralyzed. Her aunt Rietta Grotefent fell to her death from a 100-foot-high sway pole in 1963 when she was 43. Ms. Wallenda’s husband Richard Guzman, who was known as Chico, died in 1972 in a 60-foot plunge after his pole struck a live electrical wire.

Karl Wallenda fell to his death in 1978 while walking 100 feet high between the towers of a hotel in San Juan, P. R.

Though beset by tragedy and sometimes riven by internecine squabbles, new generations of Wallendas have continued the family tradition of breathtaking performances.

In addition to her son, Rick, who heads the family’s Wallenda Enterprises, Ms. Wallenda is survived by two daughters, Rietta Wallenda Jordan and Valerie Wallenda; and 16 grandchildren. She was married four times; in addition to Mr. Guzman, they were Iginio Bogino, Paul Jordan and Mike Morgan.
Editors’ Picks

Asked once whether she was a relative of Nik Wallenda, a nephew who gained fame as an aerialist by traversing Niagara Falls and the Grand Canyon, she replied: “No, he’s related to me — I was here first.”
And she was performing almost to the last. In 2017, Ms. Wallenda taped a sway pole headstand for a television program and performed the same act the following April. She was inducted into the Circus Ring of Fame in Sarasota in 2019.

“My greatest love is performing,” she said. “When I am out there, all of my pain and all that goes away, and I am in a world of my own.”