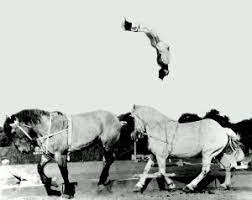 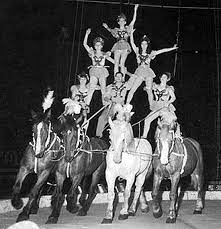 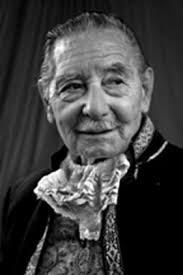 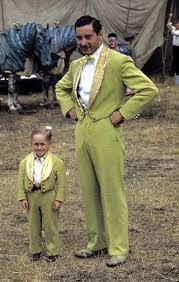 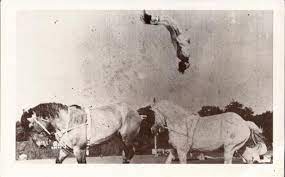 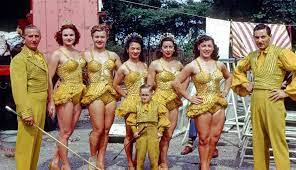 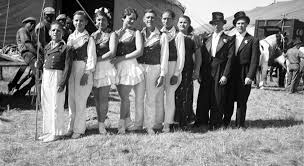 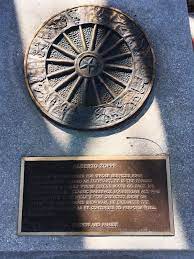 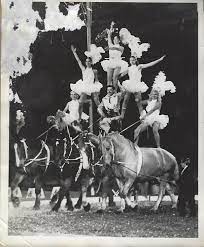 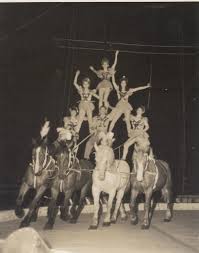 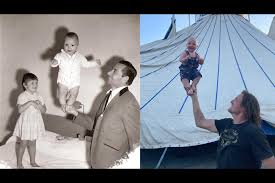 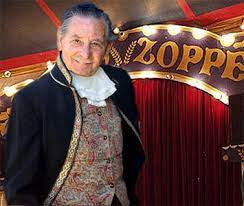 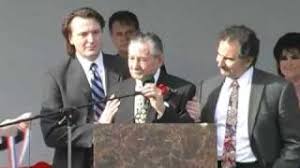 Equestrian, Circus Owner By Dominique Jando Alberto Zoppé (1922-2009) was born January 4, 1922 in Italy, to an old family of equestrians and traveling entertainers whose origins predate the birth of the circus. His parents, Luigi and Emma Zoppé, owned one of the numerous small circuses that visited the Italian provinces traveling in horse-drawn wagons.

These Italian family circuses were extremely popular, although they couldn’t compete with the major circuses of the Togni and Orfei families, for example. Yet their companies often contained true gems, and Alberto Zoppé was to be one of these. According to family lore, the Zoppé dynasty originated in 1842, when a young French traveling entertainer named Napoléon Zoppé fell in love with a beautiful equestrienne named Emenegilda in Budapest, Hungary.

Since Emenegilda’s father thought that a fairground entertainer was beneath the station of a circus equestrienne, the couple eloped to Venice, Italy. Why eloping to Italy instead of France? The story doesn’t tell—but the Zoppé circus dynasty became an Italian one. Luigi Zoppé was Napoléon’s grandson. His circus, Circo Zoppé, which turned to motorized transportation before World War II, took great pride in its equestrian acts.

Luigi’s son, Alberto, became an outstanding acrobat on horseback, the first actually to complete a layout somersault from horse to horse. (He also, with a longe, managed to turn a double somersault from horse to horse.) This in time caught the attention of Orson Welles, who was working then at Cinecittà, in Rome, and the actor-director suggested that Alberto came to London to appear in a small movie. The year was 1947.

In London, Alberto met circus mogul John Ringling North , who offered him a contract for Ringling Bros. and Barnum & Bailey Circus in the United States—adding as a bonus a cameo in the upcoming Cecil B. DeMille’s production of The Greatest Show On Earth , which was then in the works. Alberto accepted the offer, on the condition that North loan an elephant, a rare commodity in Europe just after the war, to his family’s circus for the duration of Alberto’s contract. North agreed. Alberto in America Alberto Zoppé c.1950 Alberto Zoppé debuted in the United States in the 1948 Ringling production, conceived by Broadway director-producer John Murray Anderson, and designed by the legendary Miles White ( Oklahoma , Carrousel …).

The “Riding Zoeppes,” as they were misspelled in the program, were featured in the center ring, with the Justino Loyal Troupe, and Marion Seiffert and The Riding Bostocks on the side rings: Alberto was in very good company. When Alberto reminded Art Concello , the circus’s general manager, that John Ringling North had promised to loan him an elephant as part of his contract, Concello was befuddled; but he had to carry on his boss’s promise. He told Alberto that if he were willing to ship the elephant to Italy at his own expense, he could keep it.

Thus Circo Zoppé got its first elephant, which remained in the family for many years. In 1952, Zoppé appeared indeed in DeMille’s The Greatest Show On Earth —but if he’s seen somersaulting on his horses in the background during a scene between Charlton Heston and Betty Hutton, it is his comic partner, Cucciolo, a riding midget, who is actually featured in the movie (although Alberto is duly announced onscreen as the main character of the act by the Ringmaster, Robert Carson). Alberto stayed with the Ringling show until 1953, and yet his name never appeared correctly spelled in the programs:

It went from Zoeppe to Zoppe, with a detour through Zoppi, but never was it Zoppé. Nonetheless, his contract over, Alberto decided to remain in the United States, and he continued a brilliant career as a star equestrian in various American circuses. He also appeared in Walt Disney’s Toby Tyler (1960), in the movie musical Thoroughly Modern Millie (1967), and in several TV shows, including ABC’s Super Circus , NBC’s The Bob Hope Show , and CBS’s The Red Skelton Show , The Ed Sullivan Show and Circus of the Stars .